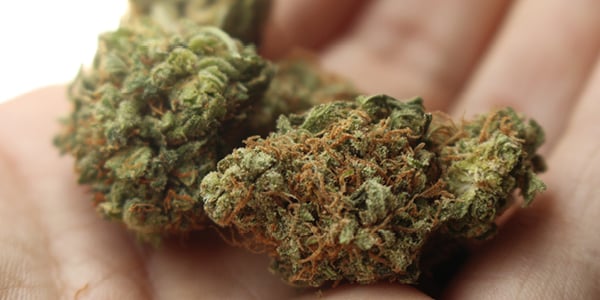 Cannabis smokers in Spain may be getting more organic matter than they bargained for. Pharmacologist Jose Manuel Moreno Perez studied 90 samples of cannabis resin he collected across Madrid. The results showed that an overwhelming 75% of the samples contained faecal matter and about 40% still bore the faecal odour. Shockingly, over 80% were unfit for human consumption and posed a danger to human health.

Hashish is illegal in Spain unless it’s for personal use. For his research, Perez had to covertly acquire the cannabis resin from various sources in bars, suburbs and on the street. Some of the samples he bought are known as bellotas because they are wrapped in plastic acorns. The others were ingots.

Of the bellotas, 93% had high levels of E. coli. The amount present in every gram was 500 times more than the maximum established for marijuana in US studies. About 10% of the samples contained the fungus Aspergillus, which can weaken immune systems and lead to infections and severe allergic reactions. About 88% of samples were not fit for human consumption.

The bellotas with the highest levels of faecal bacteria might have come from Morocco. Drug mules there tend to swallow the pellets, neutralising their stomach acids with yogurt. When they arrive in Spain, they will consume laxatives to expel the cannabis samples from their body. In contrast, only 29.4% of the ingots showed high traces of faeces. Most ingots get to Spain via speedboats.

Perez and his team believe the research, published in Forensic Science International, is a wakeup call to the possible dangers of cannabis to human health.

“The quantities of bacteria that we found are appalling. The problem is not just inhalation. Hashish is constantly manipulated [by users] with their hands”, said Inmaculada Santos, the study’s co-author.

Some users are under the false impression that the faecal microorganisms will be removed with combustion. However, there is no filter in cannabis. They will therefore inhale both the smoke and the particles, warns Perez.

Further harm to health is outlined in a new UK study, which has proved that smoking potent ‘skunk-like’ cannabis increases the risk of serious mental illness.

AlphaBiolabs can detect cannabis in urine, saliva, hair as well as nail clipping samples. The tests available to determine cannabis use vary in their windows of detection so recent or chronic use can be established. In addition, ingestion as opposed to environmental exposure can be discerned.  For information on any of AlphaBiolabs’ drug testing solutions, including our home drug testing kit, please call 0333 600 1300 or email us at info@alphabiolabs.com.