Illegal cannabis oil for sale at Holland and Barrett 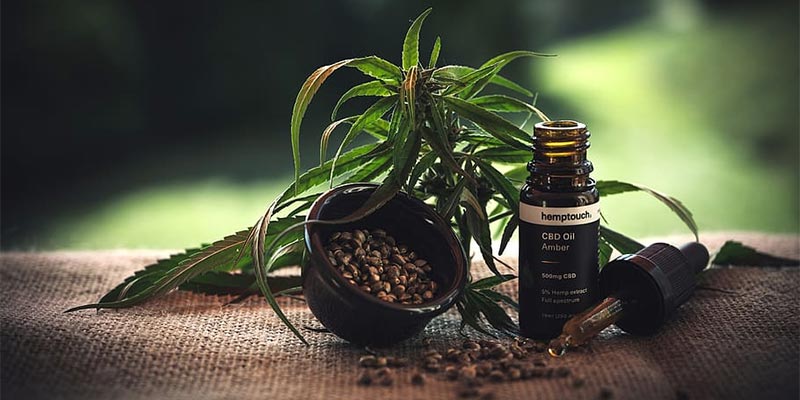 Popular High-street store Holland & Barrett stocks a brand of cannabis oil that contains more than four times the legal limit of tetrahydrocannabinol (THC), reports The Mail on Sunday. THC is the psychoactive component of the cannabis drug, which gives users the ‘high’ feeling. It acts as a central nervous stimulant, which can alter mood and sensory perceptions.

The Dutch-made brand, Jacob Hooy, is reportedly the best-selling cannabidiol (CBD) oil in UK. On its website, Holland & Barrett, says the oil is ‘non-psychoactive and the content of THC is tested on every batch to meet specification requirements of less than 0.05%’. However, the Jacob Hooy website says a 10ml bottle of its CBD oil contains 4.4 mg of THC.

Under the Misuse of Drugs Regulations 2001, the legal limit of THC in any one product is 1mg. This means that to sell CBD products they are legally required to contain less than 0.05% THC. However, it is generally agreed that the authorities will ignore THC content of up to around 0.2% if imported from Europe, according to the Cannabis Trades Association UK (CTA UK).

Over 12 times the legal limit

According to The Mail on Sunday, results from tests on a bottle of Jacob Hooy CBD oil bought from a branch of Holland & Barrett showed levels of 12.4mg of THC – more than 12 times the legal limit. The tests were conducted by Fera Science Limited, formerly the Food and Environment Research Agency, which is part-owned by the Department for Environment, Food and Rural Affairs.

In all, 31 brands of CBD oil sold in stores and online were analysed. Ten were found to have THC levels above the legal limit, including one with almost 24mg of THC. Experts say levels above 10mg can have an adverse effect on cognitive functions.

The revelations will reignite concerns about the safety of products sold in the ever-growing and lucrative CBD market and the ability of regulators to enforce rules. Earlier this year, pharmacists called for better regulation of products claiming to contain CBD.

The Food Standards Agency (FSA) is the main regulator, but the Home Office is responsible if products contain controlled substances such as THC. Manufacturers of CBD products are required by the FSA to prove they are safe. However, the FSA admitted that no CBD products in the UK market have been authorised.

Rebecca Sudworth, Director of Policy at the FSA, said: “The FSA has persistently made clear to the CBD industry that they need to apply for authorisation. If we don’t see compliance soon, we will take further action. If any evidence is found to suggest CBD is harmful, it will be removed from shelves immediately.”

Tory MP Craig MacKinlay, the chairman of an all-party parliamentary group exploring the dangers of cannabis, said: “A limit has been set for a reason and the thought that big, respected health food companies are exceeding these limits is not only a worry, it’s making our entire cannabis policy a laughing stock”.

CBD products have surged in popularity and are now taken by more than six million Britons. There is evidence, and some scientific studies, that suggests CBD can help people with epilepsy manage their seizures. CBD oil is also used to ease the symptoms of multiple ­sclerosis, Parkinson’s disease, joint pain, insomnia, anxiety and depression, along with a range of other conditions.

An longer article on CBD and cannabis oil can be found on our Learning Centre.