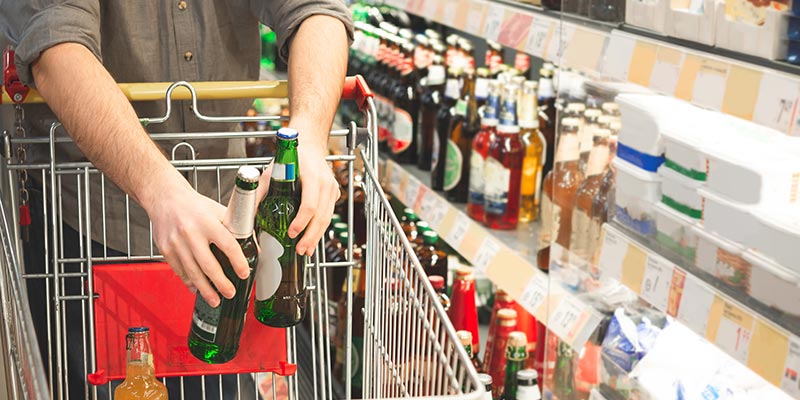 It’s not just toilet paper and paracetamol that are in short supply because of the coronavirus pandemic. Alcohol is also being snapped up across the UK as panic buyers seek to soften the blow of enforced isolation.

According to the Mail Online, Brits are drinking almost double the amount of booze at home, as they join their friends in virtual pubs online after pubs and bars were forced to close their doors.

With home-drinking almost doubling to 100 million pints a week in the UK, millions are expected to join the virtual phenomenon, knocking back pints in front of their phones’ apps as their friends do the same. The ‘cyber pubs’, run on video-conferencing apps such as Zoom, have been given names including The Stay Inn, Isolate Inn and The Quarant Inn.

However, health experts are advising against stockpiling alcohol and warn that drinking depletes the body’s immune capacity.

Just one episode of binge drinking can significantly weaken the body’s immune system, according to researchers from the University of Maryland and Loyola University. After giving four or five shots of vodka to 15 healthy male and female volunteers with an average age of 27, blood tests after 20 minutes initially showed that their immune system ramped up. However, their levels of infection-fighting white blood cells had plummeted when they tested them again after 2 hours and 5 hours. There were also higher levels of a type of protein called cytokines that tell the immune system to become less active.

One alcoholic drink does not appear to bother the immune system, but three or more drinks do. Excessive alcohol intake can harm the body’s immune system in two ways. It produces an overall nutritional deficiency, depriving the body of valuable immune-boosting nutrients. Consumed in excess, it can also reduce the ability of white cells to kill germs. The damage to the immune system increases in proportion to the quantity of alcohol consumed.

As well as dampening the immune system, alcohol consumption can also contribute to poor sleep and increased blood sugar levels. It can also increase levels of inflammation and compromise gut health. Good quality sleep has been recommended as warding off the risk of getting coronavirus.