Dealers are disguising themselves to sell drugs during lockdown 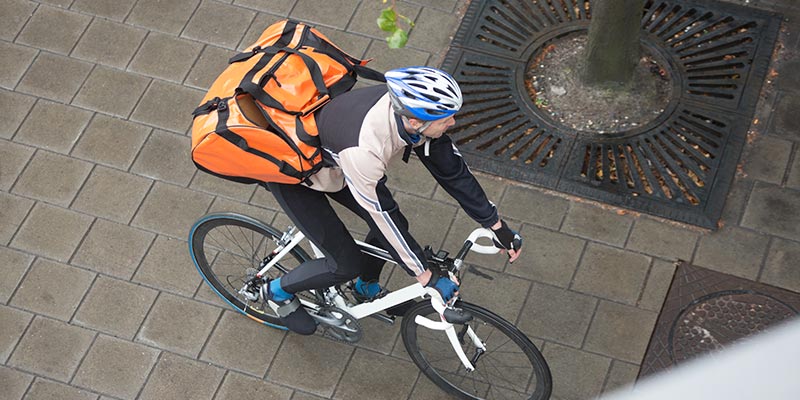 Britain’s £5 billion heroin and crack market accounts for over half of the entire illegal drug market in the UK. Vice News examined the impact of coronavirus and social distancing on this lucrative street trade. If you can’t leave the house unless it’s for exercise, food or essential work, how are England’s 300,000 frequent heroin and crack users still buying their drugs? And how are those whose job it is to keep the drug trade ticking over in urban centres and rural towns managing it?

It appears that the virus and the lockdown have already begun reshaping the way dealers go about their business – but it certainly hasn’t stopped them. Several police forces have reported that dealers are dressing up in supermarket and parcel delivery worker uniforms in order to camouflage themselves as they make drop-offs on street corners and in people’s homes. Other dealers are going undercover as runners in order to shift bags of crack and heroin around their community. Others dress up as fast food delivery motorcyclists and even nurses in order to avoid being questioned.

Because of the increased attention private car users are getting from the police, some dealers are using taxi drivers, who are allowed to operate on lockdown, to deliver packages to people’s homes. A drug worker from Sussex told Vice News: “A mini-cab driver told me he would normally be ferrying kids around on school runs, but now he’s staying busy by driving all the dealers around town”.

Some dealers have started using a system of dead drops, leaving drugs in bushes, garages and under bins, where money is picked up and drugs are left, as a way to reduce direct contact. Some have dispensed with cash and are now using contactless payments to avoid infection. Some are even wearing masks and gloves.

One of the most noticeable changes seen by police forces across the UK was that those higher up the drug-selling food chain have been pulling back young runners in inner cities and across county lines, and are instead moving and selling drugs themselves. This is likely to be because under lockdown, young people out in public are sticking out more than adults, and are deemed too risky to transport large amounts of drugs.

There appears to be no shortage of heroin or crack. However, prices have gone up and all ‘special offers’ have vanished. In most parts of the country, dealers have now stopped their ‘three for two’ deals, meaning users are now typically offered three wraps of crack or heroin for £25 or £30, instead of three for £20.

In his analysis into the potential impacts of the pandemic on county lines networks, former National Crime Agency drug chief Tony Saggers estimated that, since the outbreak, the price of a kilo of cocaine for UK bulk buyers has risen from £35,000 to £40,000. A kilo of heroin has gone up from £20,000 to £25,000.