DNA testing could halt trade of world’s most trafficked mammal 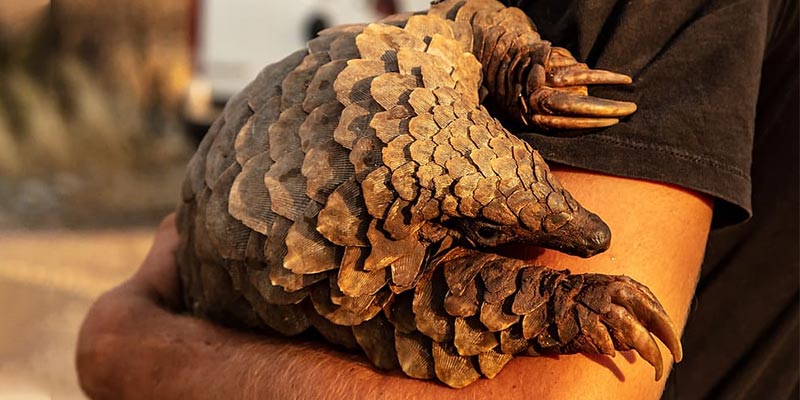 Pangolins have recently attracted global attention for their potential role in the COVID-19 pandemic. The source of the virus remains unclear, but scientists suspect it originated in bats and was passed to people via an intermediate host that may have been the pangolin. These solitary, insect-eating mammals are poached for their scales and meat. In fact, they are the most trafficked mammals in the world, which is why researchers have developed a set of DNA tools to help track and mitigate the trade.

Pangolins are found in Africa and Asia. They are hunted for their scales, which are used in many traditional medicines; and for their meat, which is eaten as a delicacy in parts of Asia and sold at bushmeat markets in Africa. Of the eight pangolin species that exist, three are listed by the International Union for Conservation of Nature (IUCN) as critically endangered. The rest are categorised as either endangered or vulnerable.

To trace the trafficking networks, Philippe Gaubert, at the French National Research Institute for Sustainable Development in Toulouse, France, is leading a 5-year project that aims to apply genomics to help identify and track the origins of illegally traded pangolins. “We are trying to design tools that can be used by institutions, scientists, and NGOs” to help trace and mitigate the trade, Gaubert says. These DNA-based tools should help answer three key questions about pangolin scales and body parts seized by authorities: the number of animals that contributed to the seized materials, which species are present, and where they come from, reports The Scientist.

In Africa, Gaubert’s team is focusing on the white-bellied pangolin, a small, tree-dwelling species that’s listed as endangered by the IUCN. In 2016, Gaubert and his colleagues identified unique genetic signatures using mitochondrial DNA for six lineages of white-bellied pangolins from six different regions in Africa. While the genetic markers the team used to trace the origins of the pangolins were reliable, one of the limitations is that they are only able to identify the broad region where the animals are from. To pinpoint the source at a country- or population-level, higher-resolution markers are needed.

Gaubert’s team is now working on tools that use more specific identifying markers. The team is also working on developing genomic tools based on single nucleotide polymorphisms (SNPs).

Meanwhile, the illegal pangolin trade rages on. There have been some signs of it slowing due to COVID-19. The global lockdown has kept poachers at home and the pangolins’ possible link to coronavirus is causing fear that consuming them may be harmful. But that slowdown probably won’t be long-lived; the trade is slowly picking back up, says Gaubert.

AlphaBiolabs provides DNA testing services for legal professionals, businesses and members of the public. If you have any queries or need advice, please call Customer Services on 0333 600 1300 or email info@alphabiolabs.com