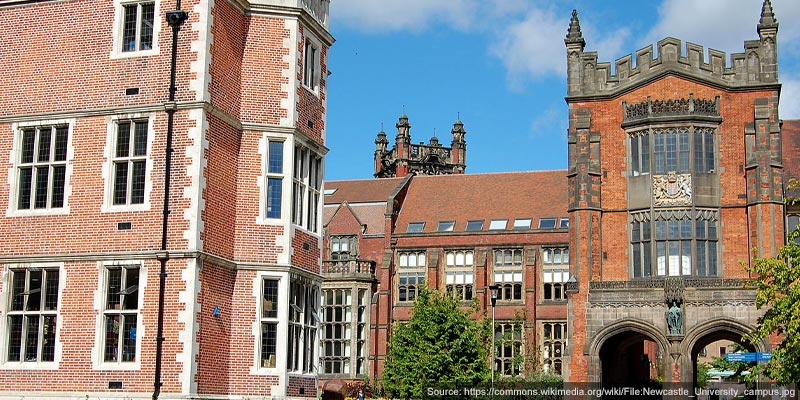 A spate of suspected drug-related student deaths has been linked to local drug dealers leaving calling cards at student accommodation in Newcastle.

Freshers arriving in the city just days before the deaths were allegedly targeted by dealers directing them to an Instagram account where drugs could be ordered.

Eleven local dealers have been arrested after three students and a local 18-year-old died having allegedly taken ketamine and ecstasy.

Jeni Larmour, who had arrived in Newcastle from County Armagh just two days before she died, had apparently taken ketamine along with another 18-year-old also found dead at one of Newcastle University’s halls of residence.

A 21-year-old Northumbria University student also died after being taken to hospital, and a fourth individual – an 18-year-old man from nearby Washington – passed away after allegedly taking ecstasy.

Chief inspector Steve Wykes, of the Northumberland Police said that more student blocks had been searched as part of the investigation and he urged anyone in possession of drugs to dispose of them either by contacting a university welfare officer or by visiting their local police station.

In its statement, Newcastle University said “the health and safety of our students is our utmost priority and in light of the sad and shocking events our vice-chancellor has with great sadness written to all our students informing them of the distressing news and offering support to anyone affected.”

Professor Fiona Measham, co-founder of The Loop, a harm reduction charity, said she had warned “all summer to anyone who would listen” about the risks of students going back to university amid COVID restrictions.

“My concern was that over the summer there were illegal raves and now the weather is turning bad, young people will be having parties in private residences, but they won’t have paramedics on hand.”

The news comes after earlier reports this year claimed county lines drugs gangs has been preying on young people to transport drugs across the country during lockdown, for fears of regular, more conspicuous traffickers being more easily detected.

During lockdown, gangs were reportedly grooming young people by making them increasingly vulnerable, often buying them gifts of clothes, food and bikes, making them feel in debt to them but also making them feel part of the gang, or ‘family’. Once groomed, they were sent away to other parts of the UK to sell drugs, often hundreds of miles away from home.

Both news of the student drug deaths and increased young drug traffickers aligns with continued warnings about the rise in drug use and trafficking due to the coronavirus pandemic.

For information about drug testing, visit the AlphaBiolabs website, or call us on 0333 600 1300 or email: info@alphabiolabs.com