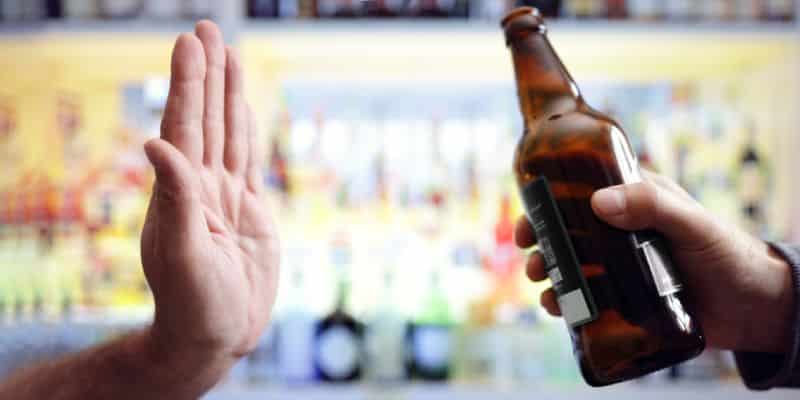 A leading UK charity has said that more than 6.5 million adults intend to give up alcohol for the first month of the year, as part of so-called ‘Dry January’.

Alcohol Change UK said this year’s polling shows an increase of almost 4 million people who are planning to forego alcohol as part of its annual abstinence campaign.

The record number of Britons – the equivalent of one in five people who drink alcohol – are expected to quench their thirst with non or low alcohol alternatives, after sales of so-called ‘nolo’ drinks have soared according to the Portman Group.

Research from the group (the UK’s social responsibility and regulatory body for alcohol) reveals that people are re-evaluating their home drinking habits shaped by Covid restrictions and lockdowns, and their preference for hangover-free options from retail outlets has increased.

Almost two-thirds of UK adults (62.5%) have tried beers, wines or spirits in the nolo’ drinks category, with 25% considering themselves to be semi-regular consumers of low and no alcohol, with the highest consumption in Scotland (27%).

Alcohol Change UK’s Dry January campaign was launched in 2013 – initially attracting just 4,000 people – but with Public Health England as a partner it has since expanded to become a major fixture in the New Year calendar.

Chief executive of the charity, Dr Richard Piper said “2020 has been a year like no other. Many of us have spent the year stressed, scared and tired.

“When things get tough, we can find ourselves slipping into drinking habits we wish we could break, but Dry January can help.

“It’s our chance for a reset – 31 days to try something new, and to see some amazing benefits like brighter skin, a fuller wallet, a calmer mind and a better night’s sleep.”

Warnings of alcohol’s effect on vaccine

Medics will no doubt welcome the news after reports have claimed alcohol consumption can affect a person’s immune system response to the new Covid-19 vaccine.

Experts have urged people to avoid drinking alcohol around the time they are vaccinated because it can change the make-up of the trillions of microorganisms that live in the gut, which play an important role in fighting bacteria and viruses.

These changes lead to the damage of white blood cells – the immune cells in the blood – including lymphocytes, which send out antibodies to attack viruses.

Emergency medicine specialists conducted an experiment in which they examined blood samples taken before and after drinking three glasses of Prosecco.

It was found that three glasses were enough to reduce the levels of lymphocyte cells in a person’s blood by as much as 50 per cent.

Immunologist Professor Sheena Cruickshank, at the University of Manchester, said the reduction in lymphocytes could lower the effectiveness of the body’s immune response.

“You need to have your immune system working tip-top to have a good response to the vaccine, so if you’re drinking the night before, or shortly afterwards, that’s not going to help.”

In adults, lymphocytes make up roughly 20 to 40 percent of the total number of white blood cells and are concentrated in central lymphoid organs and tissues, such as the spleen, tonsils, and lymph nodes, where initial immune response is likely to occur.

Lymphocytes are of ‘fundamental importance’ in the immune system because they determine immune response to infectious microorganisms and other foreign substances, such as the SARS-CoV-2 virus.

Visit our website to find out more, call our Customer Services team on 0333 600 1300 or email info@alphabiolabs.com