4 major scientific discoveries that were made in Britain 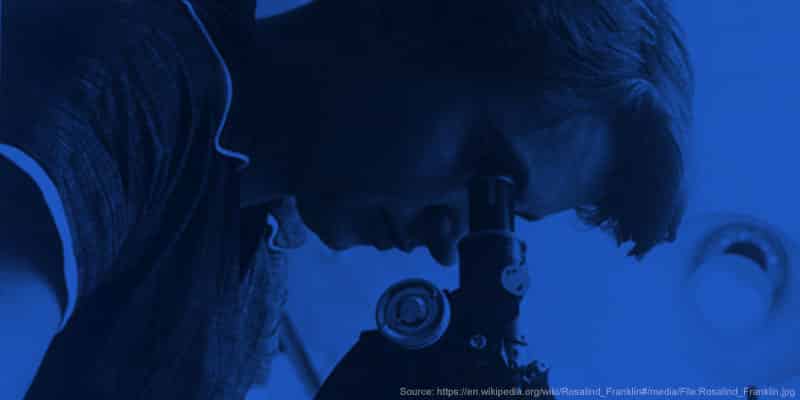 Britain has been at the forefront of the scientific community for centuries, producing some of the world’s most famous scientists like Isaac Newton and Stephen Hawking.

Although the UK is home to only 0.9 per cent of the world’s population, official government figures show that seven per cent of global scientific research papers are produced in Britain.

Indeed, AlphaBiolabs’ very own DNA team have just published a paper that focuses on STR allele frequency data for the white British population, and also compares the extent of genetic variation with 19 other European populations.

As this week is British Science Week, we thought it would be appropriate to look at some of the major discoveries for which British scientists are responsible.

1. The discovery of hydrogen

Henry Cavendish is the scientist who first discovered hydrogen, although he didn’t give the element its name – instead he referred to it as “inflammable air”.

A renowned researcher and chemist, Cavendish studied various gases and was also interested in working out the density and mass of Earth.

In 1766, he was conducting experiments to find out whether water and oxygen were the only basic elements. During this work he managed to isolate hydrogen, discovering it was highly flammable.

He also correctly guessed that the molecules of this element were present at a ratio of two to one with oxygen in water – now known as H2O.

A doctor and microbiologist, Alexander Fleming was studying influenza in 1928 when he accidentally left some staphylococci culture dishes out on a bench in his laboratory before he went away on a family holiday to Suffolk.

When he returned to the lab, he noticed that mould had grown on the dishes and had destroyed the staphylococci it had come into contact with.

When he created more of this mould, he discovered that it had an antibacterial effect on pathogens responsible for a number of illnesses, including meningitis, pneumonia, scarlet fever and diphtheria.

Fleming named this substance penicillin and his discovery went on to save millions of lives.

3. Identifying the structure of DNA

The discovery that the molecular structure of DNA is a double helix was made by a team of British scientists.

An x-ray diffraction image of DNA known as Photo 51, which was created by Rosalind Franklin , was instrumental in the discovery. Using the photograph, Francis Crick and James Watson developed a model for the helical structure of DNA – the molecule that contains the hereditary information for cells.

News of their discovery was published in 1953 and the men were awarded a Nobel Prize in Medicine in 1962 for their efforts, along with Maurice Wilkins, who had worked with Franklin and shared the pair’s findings with Crick and Watson. Sadly, Franklin had died in 1958, although her critical role in the discovery has been recognised posthumously.

4. The laws of motion

Sir Isaac Newton is widely recognised as one of the most influential scientists of all time and his work formed the foundations of many of the things we know and understand today.

Known best for his theories on gravity, inspired by seeing an apple fall from a tree, Newton was a mathematician, astronomer, physicist and alchemist. He was the author of Principia, a body of work that formulated the laws of motion, which describe the relationship between the motion of an object and the forces acting on it.

These laws played an important part in helping people understand the world and how it worked and formed the basis of classical mechanics, one of the main branches of physics.

AlphaBiolabs is an award-winning UK laboratory, offering a wide range of Covid-19, DNA, drug and alcohol testing for members of the public, businesses and the legal sector.  For more information on any of our services, call our friendly and knowledgeable Customer Services team on 0333 600 1300 or email info@alphabiolabs.com