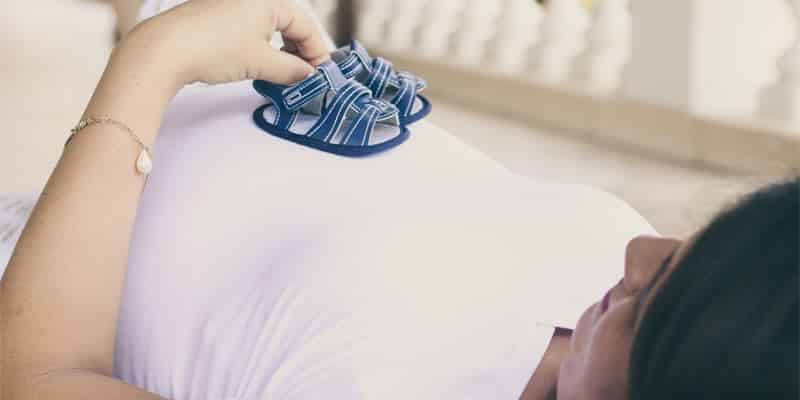 Whether your baby will be a boy or a girl is determined at the time of conception, long before most women even know they are pregnant.

Despite a baby’s gender being determined when the egg is first fertilised, pregnant ladies have to wait until their mid-pregnancy scan (at around 16 weeks) to determine the sex of their baby. However, ultrasound shouldn’t be relied upon. Statistics show that ultrasounds can be wrong up to 10% of the time. That means up to 10 women out of 100 will get told that they’re having a boy or a girl, only to have a surprise at the birth. Imagine if you’ve decorated the nursery in the wrong colour, bought dresses rather than trousers, and most importantly for today’s mums: held the wrong colour baby shower!

A quick trawl on the internet has shown hundreds of messages from frustrated mothers on sites including babycenter.com, whattoexpect.com and essentialbaby.com complaining about being given the wrong gender prediction at their ultrasound scan.

The fact is that if the technician can’t get a clear view of the baby’s genitals, it may not be possible to tell for sure. The baby may be in a tricky position, the technician may not have sufficient expertise, the scan may have been performed too early or the image is not adequately clear. What we need to remember is that ultrasounds, albeit an essential tool for monitoring the progress of a pregnancy, were not designed for sex prediction.

The statement that gender predictions made by ultrasound have an accuracy rate north of 90% is backed up by Stephen Carr, Professor of Obstetrics and Gynaecology at the Warren Alpert Medical School of Brown University in Providence, Rhode Island, USA. Until the 14th week of pregnancy, baby boys and girls look exactly the same on ultrasound. Beyond this point, noticeable anatomical differences in the genitals can show up on the scan. However, mistakes can be made when determining gender because it depends on the clarity of the images and the skills of the person interpreting them, he said.

According to Carr, it is preferable to wait until after 18 weeks of pregnancy to get a more reliable prediction of gender from an ultrasound scan. In addition, the baby would need to be in a good position in the mother’s uterus (i.e., not in a breech or feet down position), and the legs need to be far enough apart to grant good visibility between them. So, wait until later and hope the baby is in a good position? It’s still not very reassuring, is it?

Thankfully, help is at hand. A blood test for pregnant women can also determine the sex of the baby with 98–99% accuracy, said Carr.

Not only can a blood test be used to scientifically determine the gender of your baby. It can be performed at a much earlier stage of your pregnancy (from 8 weeks).

The baby gender test is a non-invasive DNA test, which means that there is no risk to the mother or the unborn child. No needles need to be inserted anywhere near the womb. A blood sample is all that is needed, which is usually taken from the mother’s arm. This blood sample is processed to determine if foetal DNA is present within the mother’s bloodstream.

You can then find out if you’re having a baby boy or baby girl in a week or less. The test can also be used in twin pregnancies, and will show whether at least one foetus was male or that all foetuses were female.

How can I get a baby gender test?

Obtaining one of our baby gender tests could not be easier.

The blood sample is time sensitive and needs to be collected by a nurse, a phlebotomist or an AlphaBiolabs fully trained sample collector. You can choose from the following options:

You will then receive your baby gender results via email in 7 working days for £199. Alternatively, you can upgrade to an express 4-day service for an additional £60.