Famous siblings that made history 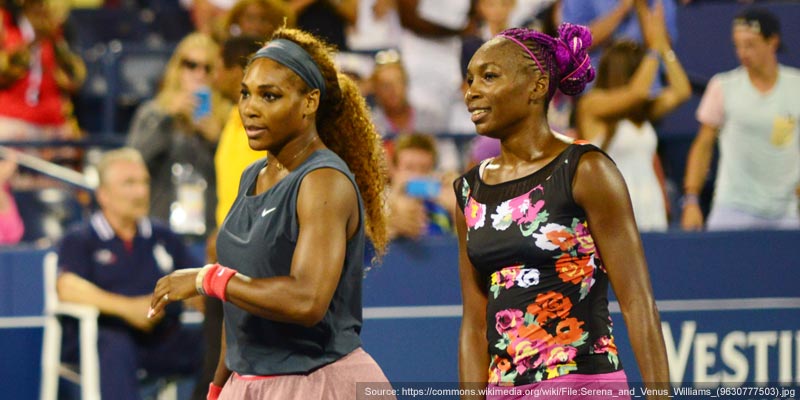 Siblings who grow up together have an important role to play in each other’s lives. As children, they may spend a great deal of time with each other, learning, sharing and experiencing everything together. Such sibling relationships are often the very first peer relationships a child will develop. The bond that is formed between siblings as a result can create a lifelong connection and is usually the longest relationship they will have with another person.

As today (10th April) is National Siblings Day, we take a look at four sets of famous siblings who have worked together to make their mark in the history books.

One of history’s most famous literary families, the Brontë sisters were gifted poets and novelists from the 19th century, and their works are still widely read and much-loved today.

Born and raised in Yorkshire, the sisters showed a passion for literature and a natural talent for storytelling from an early age. Their first foray into published writing came in the form of a collection of poetry from all three sisters in 1846. The book was published under the male pseudonyms Currer (Charlotte), Ellis (Emily) and Acton (Anne) Bell, and received very little interest.

The following year the sisters eventually saw their debut novels published, still under their male aliases.

Charlotte was the first of the sisters to have her novel, ‘Jane Eyre’, published, followed by Emily’s gothic romance, ‘Wuthering Heights,’ and Anne’s ‘Agnes Grey’. All three books received critical acclaim.

One year later, Anne would go on to publish her second novel ‘The Tenant of Wildfell Hall’. This enjoyed even greater success, but also courted some controversy due to the subject matter, as it centred around an abusive marriage and was considered shocking at the time.

It was only in 1850, after the deaths of both Anne and Emily, that Charlotte revealed the three sisters’ true identities to the public.

American inventors and pioneers who honed their mechanical craft working with printing presses and repairing bicycles, the Wright brothers are famously credited with designing, building and flying the first motor-powered aeroplane at the beginning of the 20th century.

It was being surrounded by bicycle parts and reading articles about developments in gliding that spurred the brothers to consider the mechanics of a flying machine. They studied birds in flight and observed that the angle of birds’ wing tips changed to allow them to roll into a turn, much like people do when riding a bicycle. They developed ‘wing-warping’ using a pulley system made from sticks and cables to emulate this manoeuvre.

The brothers spent several years developing and testing their invention, adjusting the wing designs to improve lift, connecting a rudder to the wind-warping system to control direction, and installing a combustion engine and propellers to provide the power.

Finally, on 17th December 1903, the brothers made their first series of successful flights, the longest travelling 852 feet in 59 seconds.

By 1905 they had designed and built the first fully operational aeroplane, garnering huge public interest and resulting in them becoming international celebrities and wealthy businessmen.

America’s most prominent and powerful political family, the Kennedys were at the centre of the political arena for more than six decades.

The most notable members of the Irish-American dynasty were the three brothers – John Fitzgerald Kennedy, Robert ‘Bobby’ Francis Kennedy, and Edward ‘Ted’ Moore Kennedy. After graduating from Harvard and serving in the military, each brother went on to have a significant political career.

John served as a member of the House of Representatives and Senator of Massachusetts before becoming the youngest elected president of the USA in 1961 at the age of 43. He was assassinated by Lee Harvey Oswald in 1963 as his motorcade travelled through Dallas.

Robert began his political career managing John’s campaign for the Senate and was later appointed United States Attorney General by his brother upon his election to presidential office. Robert was also assassinated whilst on the campaign trail for his own presidential candidacy in California in 1968. Speculation continues to this day about both Robert and John’s deaths, suggesting conspiracies and cover-ups were at play.

The youngest Kennedy brother, Edward, was elected as Senator for Massachusetts aged 30 in 1962, taking up the vacant seat left by John when he was elected president. He served in office continuously until his death in 2009 after eight successful re-elections to the Senate by the people of Massachusetts.

The Williams sisters are widely regarded as two of the greatest female tennis players in the world.

Introduced to tennis at 4 years-old and coached by their parents, Venus and Serena both turned professional at the age of 14, going on to represent the USA in international competitions.

Both of them have been ranked World Number 1 by the Women’s Tennis Association in both singles and doubles. They share the record for the most gold medals won in tennis at the Olympics, with four each to their name, and have multiple Grand Slam titles under their belts.

Despite their close sibling bond, the Williams sisters maintain a professional rivalry and have faced each other head-to-head 31 times during their career, with Serena leading 19 wins to 12.

Their long, successful careers and outstanding records have been linked to a notable increase in African American representation in both professional and grass-roots tennis in the last 20 years.

AlphaBiolabs offers a range of DNA testing services for members of the public, as well as for the family law sector, immigration, and local authorities.

Our sibling DNA test for members of the public can be ordered online today for just £199 with guaranteed results or your money back. Results are available the next day, or you can upgrade to same day results for an extra £70.

For more information, please call our Customer Services team on 0333 600 1300 or email info@alphabiolabs.com