It’s in our DNA 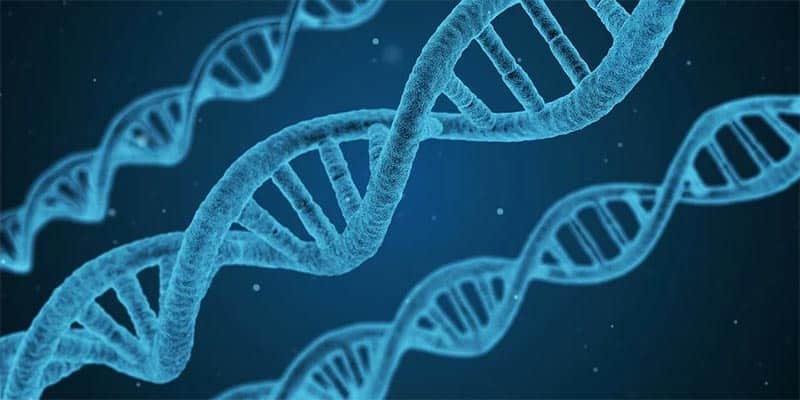 Our DNA is what makes us who we are. It contains the building blocks of our genetic code, instructing how our bodies grow and function and determining our physical characteristics such as our eye, skin and hair colour. Decades of research have enabled us to decode the human genome – the DNA that makes up our entire genetic structure.

The DNA molecule is a twisted ladder structure, known as the double helix, and is made up of two sugar-phosphate strands connecting a series of ‘rungs’. The rungs are made up of four chemical bases: adenine (A), cytosine (C), guanine (G) and thymine (T). These chemicals bond together to form base pairs – A with T and C with G – and it is the order in which these base pairs are sequenced that controls how the body works. More than 99% of our individual DNA sequence is the same as every other human on the planet; it is the variation in the sequence of letters in the other 1% of this code that makes each of us unique. The only exception to this is identical twins as they share the same genetic code.

It is thanks to the advancements in genetics and genomics that we now have the capability to use information extracted from DNA in so many different ways. Today (25th April) is National DNA Day, which celebrates the extraordinary advances that have been made and the impact they have had on society.

Here are just a few examples of how DNA has changed the world:

Some genetic variations within the human genome are associated with inherited or genetic disorders such as cystic fibrosis, sickle cell anaemia, Huntington’s disease, Down syndrome and some forms of cancer. Genetic testing through blood or cheek swab samples can be used to confirm or exclude the presence of a suspected disease in patients presenting with symptoms. Testing can also be used to determine if someone is at high risk of developing a disease that someone in their family has, or whether prospective parents are at risk of passing on a health condition to their children. It is even possible to test for genetic disorders in unborn babies during pregnancy through screening and diagnostic tests.

Criminal investigators have been using DNA to help solve crimes since the mid-1980s. Evidence collected from a crime scene, such as blood, hair or skin cells, is compared to that of a potential suspect to confirm or rule out their involvement depending on whether the profiles match. Similarly, in cases where no suspects have been identified, the sample DNA profile can be run through an offender database to see if a match can be found.

Certain variants in an individual’s genome can affect how they respond to medicines, working well for some people and less effectively for others. Pharmacogenomics is the study of how and why certain drugs elicit different responses in patients based on their genetic makeup. It is used in the development of new medicines to discover what factors in different people’s genomes cause some people to suffer side-effects. It also helps to inform doctors on the best course of treatment for patients to improve the rate of recovery and reduce the risk of adverse reactions.

AlphaBiolabs carries out a wide range of relationship DNA testing for members of the public and for the legal sector. Our legal DNA tests follow strict chain of custody procedures and the results can be used as evidence in court. To find out more about any of our DNA testing services, call our friendly and knowledgeable Customer Services team on 0333 600 1300 or email info@alphabiolabs.com