The Science of Siblings 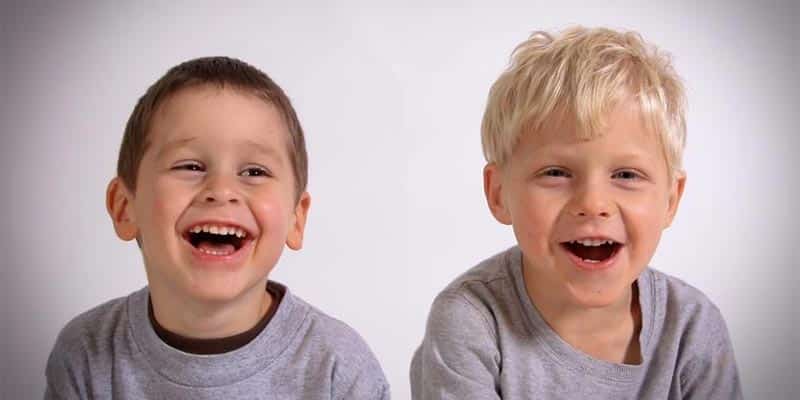 Today (2nd May) is National Brothers and Sisters’ Day, which recognises and celebrates the unique bond between brothers and sisters and encourages siblings to connect and show their appreciation for one another.

Relationships between brothers and sisters are very often fraught with conflict and rivalry, as well as friendship, love and respect, but the impact of these interactions actually has a significant influence on their lives. Numerous scientific studies into sibling relationships have revealed some surprising commonalties that show correlation between the family dynamic and individual traits. So, in celebration of National Brothers and Sisters’ Day, here are five fascinating facts about the science of siblings.

1. Younger siblings tend to be more extroverted and funnier than their older brothers and sisters

Psychologists believe that this is due to younger children having to compete with their older siblings for adult attention. Whilst the older siblings have more highly developed social skills and abilities, the younger ones have to speak up and use more unconventional and creative methods, such as humour, to get parental attention.

2. Firstborn children are generally smarter than their younger siblings

Siblings who are born first tend to outperform their younger brothers and sisters academically and are more likely to score higher on an IQ test. There are a couple of theories as to why this might be the case. Firstly, the firstborn generally enjoys around 2-3 years as the sole focus of their parents’ time, attention and mentorship before the next child is born. Another theory is that older children use their knowledge and experiences to ‘teach’ their younger brothers and sisters, and that by doing so they reinforce their own understanding.

3. People with a sibling of the opposite sex have an advantage when it comes to dating

Studies have found that men who have sisters and women who have brothers find it easier to initiate and maintain a conversation with a person of the opposite sex, compared to those who grew up with same sex siblings. The study also revealed that those with an older sibling of the opposite sex fared better in interactions within the dating scene and were regarded as more likeable, chattier and elicited more positive responses from their opposite-sex partner.

4. A person’s health can be influenced by the number of siblings they have and their birth order

Older siblings have been found to be more likely to suffer from allergies than their younger brothers and sisters. Research into food allergies found that the prevalence decreased with each consecutive birth, with 4% in firstborns, 3.5% in second-born children and 2.6% in those born later. The study suggested that multiple births could potentially cause changes in the womb which help to increase the immune system of each additional child. It was also suggested that hygiene is a factor, with firstborn children encountering less exposure to germs and allergens than their subsequent brothers and sisters, resulting in the younger siblings having better-developed immune systems.

For those people who grew up with brothers and sisters, a lot of the skills they developed around forming relationships and friendships, resolving conflict and giving support have been influenced by their relationship with their siblings. These early interactions – good and bad – play a major role in how individuals learn to respond and react to differing situations; they then transfer these skills into other parts of their life.

AlphaBiolabs offer a range of DNA testing services including sibling DNA tests and twin DNA tests to determine whether twins are genetically identical or non-identical. To find out more, please contact our friendly Customer Services team on 0333 600 1300 or email info@alphabiolabs.com.