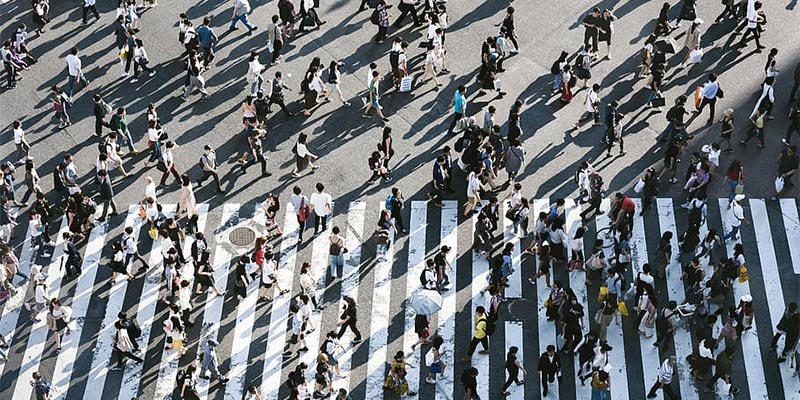 It is estimated that the world’s human population hit the 1 billion milestone in 1804. In the 200 years since then it has seen exceptional growth and now stands at 7.9 billion, increasing by over 200,000 every single day. Scientists have predicted that by 2056 the global population could reach 10 billion.

First marked on 11 July 1990, World Population Day aims to focus attention on the urgency and importance of population issues, including environmental and developmental concerns.

There are several factors at play in the increasing rate of global population. Medical advancement, better healthcare and improved living conditions all play a key role; people are simply living better and living longer.

Infant and child mortality rates have also decreased, so more people are surviving into adulthood and reproducing. Although fertility rates are in decline and there are, on average, fewer births per woman compared with previous generations, there are currently more women of child-bearing age living in the world today than at any other point in history.

Studies also show that more twins are now being born than ever before. Christiaan Monden, a Sociologist from the University of Oxford, gathered data from 165 countries between 1980 to 2015, showing that the global rate of twin births has risen by a third since the 1980s. Thanks to medical advances, twins are also more likely to survive now.

Most of this increase has been attributed to fraternal or non-identical twins, who develop from separate eggs and sperm. The rate of identical twins, caused by an embryo splitting in two after fertilisation, has stayed roughly the same.

So, why are more non-identical twins being born than ever before?

The growing use of in vitro fertilisation (IVF) could be one of the causes. As more than one egg can be implanted during the procedure, IVF twins are relatively common. The twin rate with IVF is highest for people younger than 35, at 12.1% per transfer. Between 1991 and 2016, birth rates from IVF increased by more than 85%.

Another reason for the increase in twins is the rise of fertility treatments, which can boost ovulation and lead to twins, triplets, or even higher multiple births.

Some recent studies also suggest that many women are now having their first child later in life and it is widely accepted that women over 30 are more likely to conceive twins. This is because the level of follicle-stimulating hormone (FSH) in the bloodstream increases as a woman ages. It is responsible for the development of eggs in the ovaries before they are released into the womb. Sometimes, the follicles overreact to higher FSH levels and two or more eggs can be released at once, resulting in a multiple pregnancy.

AlphaBiolabs offer a range of relationship DNA testing services for both the legal sector and members of the public, including twin DNA testing which will help you to find out whether twins are identical or non-identical. For more information, call our knowledgeable Customer Services team on 0333 600 1300 or email info@alphabiolabs.com