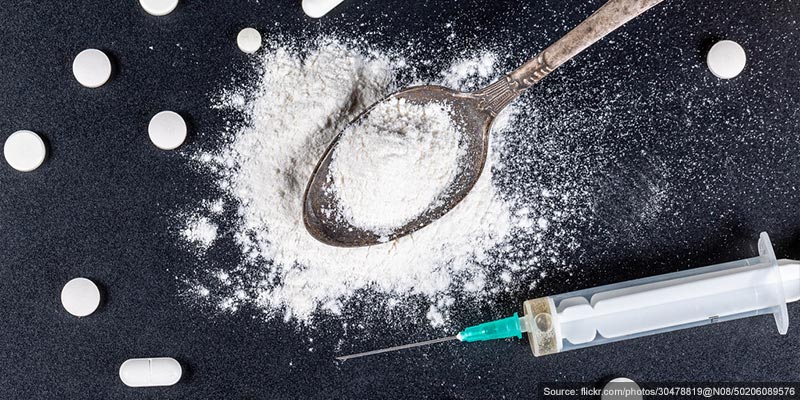 There are early signs that at least 46 drug poisonings resulting in 16 deaths across the South of England could be caused by heroin mixed with a potent synthetic opioid.

Anybody who uses drugs, particularly heroin, is advised to be extra cautious about what they are using and how much they use.

Rosanna O’Connor, Director of Drugs, Alcohol, Tobacco and Justice at PHE said: “We are urging drug users to be extra careful following reports of a sharp rise in the number of overdoses potentially connected to heroin, tragically with some deaths. We are urgently investigating with the police and local partners.”

She added: “We strongly advise all drug users to get support from local drug services, as being in treatment greatly reduces the risks of harm and overdose.”

PHE has issued an alert to all local public health and drug services to make them aware of the current problem. They have also asked them to reach out to drug users outside of the treatment system.

NPCC Drugs Coordinator Lead, Mark Lay said: “Drug dealers target and exploit some of the most vulnerable people in society. Forces are working at pace with local partners to ensure that such communities are being informed of the risks, and the dangers of drug and substance abuse.”

Drug services staff have been asked to ensure that drug users, and anyone who might be with them when an overdose happens, understand how to spot the signs of an overdose.

Those working in drug treatment can also provide the overdose-reversing drug naloxone to anyone, without a prescription.

In addition to reliable access to naloxone, drug users should also have easy access to effective drug treatment, including opioid substitution treatment. This is critical, as there are fewer heroin overdose deaths reported among those attending drug services.

AlphaBiolabs provide a range of legal drug testing services to local authorities and family law professionals across the country. Instruct us now.

If you’d like to find out more, you can contact our Customer Services team on 0333 600 1300 or email testing@alphabiolabs.com.