Has the airline industry got a drink problem? 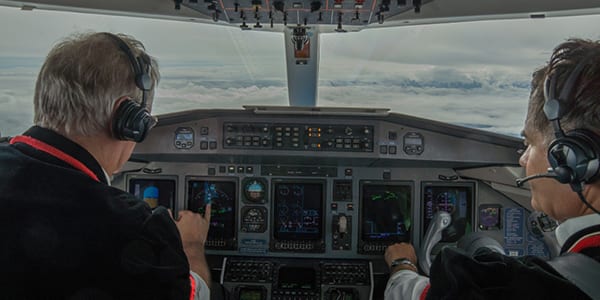 As a third high-profile airline captain fails pre-flight alcohol testing, should we be worried about pilots and their relationship with drink?

Captain Arvind Kathpalia should have been operating Air India’s London–New Delhi flight on Sunday afternoon. Instead, the government-run airline grounded its chief of operations after he allegedly failed a pre-flight breath test. According to a senior airline official, Air India had to call another pilot to replace Kathpalia and operate the flight AI-111 which departed 55 minutes late.

“We have grounded Captain A.K. Kathpalia as he failed twice in the breath analyser test. He was to operate the London flight from New Delhi, but he failed to clear the pre-flight alcohol test”, the official said. “He was given another chance, but the second test was also found positive following which he was grounded”, he said.

Rule 24 of the Aircraft Rules prohibits crew members from partaking any alcoholic drink 12 hours prior to the commencement of a flight. It is also mandatory for him/her to undergo an alcohol test both before and after operating a flight. Punishment for such offences under the Directorate General of Civil Aviation (DGCA) rules is suspension of a flying licence for 3 months in case of a first breach. For violating a second time, the licence is suspended for 3 years. In the case of a third breach, the licence is permanently cancelled.

Kathpalia’s flying licence was previously suspended in 2017 for 3 months by the DGCA for allegedly skipping the breathalyser test before a flight. He was subsequently removed from the post of Executive Director, Operations. However, he was later appointed to the post of Director (Operations) in Air India Ltd, making him responsible for safety at the airline.

Mr Kathpalia has strenuously denied drinking on the job and said he would contest the results of the alcohol checks.

A decision on Kathpalia’s flying licence is expected soon.

The alcohol limit for pilots in the UK is 20 mg of alcohol for every 100 ml of blood, which is one quarter of the current drink-driving limit in England (80 mg/100 ml). Most countries have a similarly low blood–alcohol limit. India has a zero tolerance policy. The DGCA states: “Alcohol present in body even in small quantities jeopardises flight safety on several counts and is likely to adversely affect an aviator well into the hangover period”. Even 1 mg of alcohol content per 100 ml of blood would push an Indian pilot over the limit.

The latest controversy follows two previous occasions of alleged ‘drunk flying’. Katsutoshi Jitsukawa who works for Japan Airlines was arrested at Heathrow on 28th October after failing a breath test. He was found to have 189 mg of alcohol per 100 ml of blood in his system. The first officer pleaded guilty to exceeding the alcohol limit at Uxbridge Magistrates’ Court. He had been due to be part of a crew flying JAL flight JL44 to Tokyo but failed the breath test 50 minutes before the departure time. The Boeing 777 aircraft took off after a 69-minute delay.

In June, British Airways pilot Julian Monaghan was jailed for 8 months for being caught on duty with 86 mg of alcohol in his system. He had turned up for work at Gatwick Airport after drinking three double vodkas.

AlphaBiolabs supplies two types of breathalysers. For information on these, workplace testing and other alcohol testing solutions, please call 0333 600 1300 or email info@alphabiolabs.com.