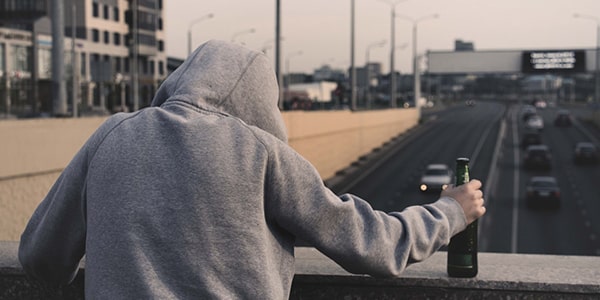 There are an estimated 600,000 dependent drinkers in England alone. These are people who are in a relationship with alcohol that is bringing them and their families ill-health, neglect, conflict and pain. Four in five of these dependent drinkers are receiving no treatment. However, much of the harm from alcohol comes not from dependent drinkers, but from those drinking at high levels who would still be considered by many to be ‘normal’ drinkers. This is why Alcohol Change UK – the charity formed by the merger of Alcohol Research UK and Alcohol Concern – have today launched its Alcohol Change Report. Change is needed for both individuals and society as a whole, it says.

“Many people see alcohol harm as something that happens to a small group of dependent drinkers who do not or cannot control their drinking, and who are mostly beyond help. But we at Alcohol Change UK know that that is not the case,” says Professor Alan Maryon-Davis, Chair of Trustees for the charity.

The charity says that it is not anti-alcohol, but is standing up against the harm caused by alcohol. Its aims are to work towards a future in which society has a healthier relationship with alcohol; where no-one feels they must drink; where the issues which exacerbate alcohol harm – such as poverty, mental health problems, homelessness – are addressed; and where those who drink too much, and their loved ones, have access to high-quality support whenever they need it, without shame or stigma.

As Alcohol Awareness Week kicks off, the report looks at the UK today and makes the case for some key changes that are needed to end serious alcohol harm. In 2017, 7327 people in the UK died as a direct result of their drinking. This is the equivalent of 20 people per day, and is an increase of 11% since 2006. 82% of these alcohol-related deaths were caused by alcoholic liver disease: a preventable condition which is increasing significantly in the UK. In addition, every death in which alcohol was a factor brings the figure closer to 24,000. Alcohol is the biggest risk factor for all early deaths among 15–49-year olds.

The problem is that alcohol forms a major part of our lives. It is used for celebration, for comfort, to socialise, to wind down and to cope. It’s legal, socially acceptable, and even encouraged, says the charity.

Services are creaking under the pressure of caring for those with problems and dedicated alcohol support services are being cut, says Alcohol Change UK. Less than 20% of people in need of treatment for alcohol dependence are getting the support they need. In the last few years, over two-thirds of local authorities have cut their funding for alcohol services, many by over 50%. Around 200,000 children in England live with an alcohol dependent parent.

As well as causing enormous harm to individuals and families, alcohol has a significant impact on society. In England alone, alcohol costs the NHS an estimated £3.5 billion every year. In 2017 there were 337,000 hospital admissions caused primarily by alcohol, which is 17% higher than in 2006. The total number of hospital admissions for which alcohol is a contributory factor is closer to 1 million (about 7% of all hospital admissions).

The total social cost of alcohol to society is estimated to be at least £21 billion. In 2015, 167,000 years of working life were lost as a result of alcohol, and it has been estimated that the annual cost of alcohol to the economy is around £7 billion. In 2016, alcohol was linked to 39% of all violent crime in England and 49% in Wales (and a much higher proportion in the evening and at weekends), which equates to around 491,000 offences.

It is estimated that for every additional £1 spent on treatment, at least £3 in wider healthcare costs can be saved. Even greater savings can be achieved if people are prevented from falling into problematic consumption in the first place, says the charity. This means introducing policies that reduce harmful drinking; regulating the price, accessibility and marketing of alcohol; intervening to provide advice for people whose drinking is becoming risky, and providing accurate information on the risks of drinking to reduce harm in the population at large.

Nothing about alcohol harm is unchangeable. It can be reduced. This is the core principle motivating what Alcohol Change UK does. Charities, public bodies, policy-makers and individuals must work together for change, says the charity.