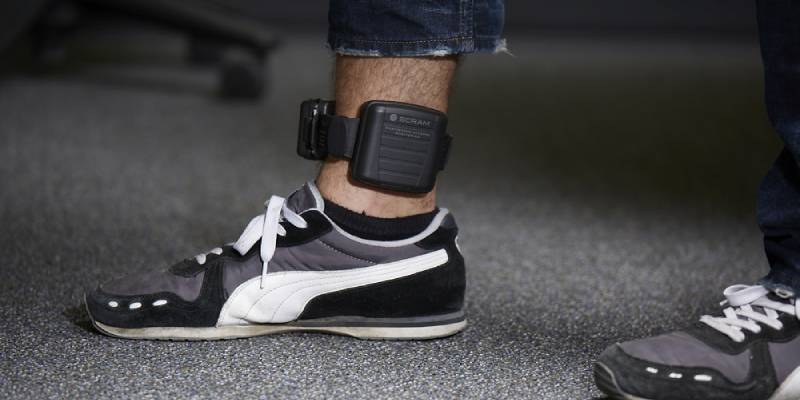 A project which used continuous alcohol monitoring to tackle alcohol-fuelled crime has been a success, according to a report by the National Centre for Social Research (NatCen).

The scheme involved the use of sobriety tags (commonly referred to as alcohol tags) and was funded by the Police and Crime Commissioner Marc Jones and the Ministry of Justice. The ankle bracelets work by detecting alcohol levels in the wearer’s sweat. Magistrates’ and Crown Courts requested offenders who commit crimes while under the influence of alcohol wear the tags by executing an Alcohol Abstinence Monitoring Requirement (AAMR) as part of a community or suspended sentence. The tags alert authorities when someone breaches the abstinence order and the offender is then returned to court.

The 2-year pilot project took place in Lincolnshire, Humberside and Yorkshire. According to NatCen, over the course of the pilot, 226 individuals were issued with the AAMR order. Of these 98% were white and 88% were male. Nearly all (96%) were under 50 years old. Alcohol is a significant factor in offending in the pilot areas, particularly in domestic violence cases and 31% of wearers were convicted of a domestic violence offence.

One offender claimed that the wearing of an ankle tag gave him 3 months sobriety in which his life changed forever; the tag gave him the space he needed to seek help for his issues.

Compliance with the AAMR was high: 94% successfully completed the requirement and 97.4% of all the days monitored were free of alcohol.

PCC Marc Jones said: “Re-offending rates are much higher for people where alcohol plays a role in the offence, by tackling that we can reduce the likelihood of them re-offending. The aim of the project is to reduce the victims of crime in the future, particularly victims of domestic abuse. The project has given rehabilitation agencies a real opportunity to work with the offender and get them to recognise and change their behaviour, hopefully for good.”

“I am delighted the initial findings are so positive and look forward to seeing further reports on the outcomes later this year.”

Lead on the pilot’s implementation Becky Bailey, Community Director for the Humberside Lincolnshire and North Yorkshire Community Rehabilitation Company, said: “Case managers have had feedback from offenders that probation support, together with the discipline involved in working with the requirement and alcohol tag, have helped them commit to lasting change. This is fantastic as when people make sustained and positive changes to their lives, we help to reduce reoffending and prevent future victims of crime.”

In a bid to reduce alcohol-related violence, the scheme is already being rolled out across the country at a cost of £22 million.

With AlphaBiolabs’ SCRAM Continuous Alcohol Monitoring® (SCRAM CAM®) ankle bracelet, results are automatically gathered and uploaded without the need for an individual’s participation. As such, the frequency and pattern of alcohol consumption can be easily shown. As shown by this pilot project, continuous monitoring can provide local authorities, courts and child-protection agencies with the tools to change behaviours in vulnerable and higher-risk alcohol-dependent clients.