Alcohol: both the winner and loser of the World Cup 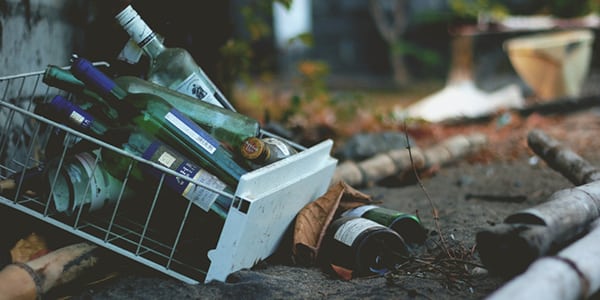 England’s football team may not have reached the final of the World Cup, but the success of the tournament has certainly been a winner for alcohol sales. Supermarket sales of alcohol were boosted to record levels in the 12 weeks to 15th July, as football fans visited grocers an extra 13 million times.

According to Kantar Worldpanel, the week that England’s football team played both Colombia and Sweden saw more money spent on alcohol than ever before – a whopping £287 million (Christmas and Easter aside).

Combined with the UK’s prolonged sunny weather, the football fever helped deliver a 3.6% growth in sales across the sector – the fastest rate of growth this year. Supermarket Asda was the best-performing Big Four retailer for the first time since 2014, with sales climbing 3.7% in the quarter to 15th July, versus 2.3% for Tesco, 0.8% for Sainsbury’s and 2.9% for Morrisons.

The Co-op experienced a 6.4% surge in sales, its highest recorded since October 2011. The boost was thought to be the result of consumers choosing to shop more locally in order to maximise the amount of time spent outside in the sunshine (and perhaps less time away from the television).

A tragic side to the increased alcohol sales is the worrying link between drink-fuelled domestic abuse and football. Research has shown that reports of domestic abuse increase when the England team win or lose a football match and that the instances increase with every World Cup tournament.

A study from Lancaster University in 2013 analysed domestic violence figures in the Lancashire area from the 2002, 2006, 2010 and 2014 World Cups. The results, published in the Journal of Research in Crime and Delinquency, reported that that instances of domestic violence rose by 38% when the England team lost a game and by 26% when the team won or drew. Domestic violence incidents were 11% higher the day after England played, whatever the outcome, and were at its highest at a weekend or when the team exited the tournament.

“The World Cup, as with other major sporting events, is often associated with an increase in incidents of domestic abuse because of factors such as increased alcohol consumption and an increase in tension”, said Specialist Crime Superintendent Anne-Marie Salwey.