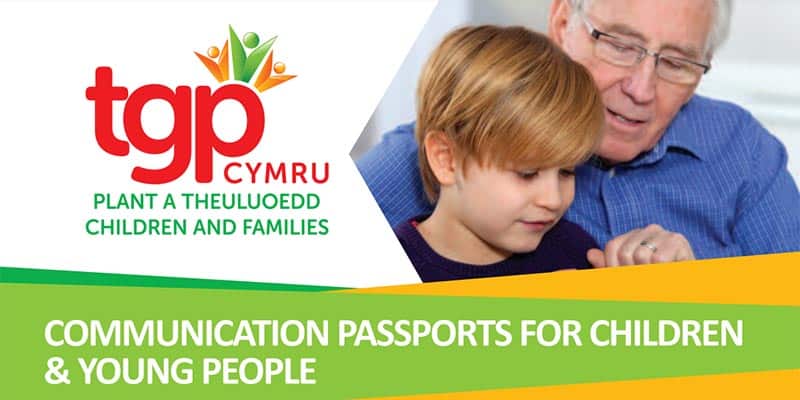 Charity TGP Cymru have benefited from their ongoing partnership with AlphaBiolabs after receiving a further donation from the Giving Back campaign in the run up to Christmas.

The funds will be used to support TGP’s North Wales Communication Passports team, which provides an invaluable service to children and young people with communication difficulties.

These passports are typically multi-page documents, which a young person uses to communicate information about themselves when they are not able to communicate verbally. This information may include their name, their age, where they are from, as well as more fun information like their hobbies and interests. The document itself is decorated to the child’s specifications so they feel that it represents them and articulates their personality.

Some young people may always require the use of their passport, whereas others only need it during particularly challenging situations, like a doctor’s visit or when moving to a new school. Whatever the situation, these communication passports are an essential tool that allow young people to communicate with others. In other words, the passports give a voice to children who struggle to speak.

Jackie Murphy, CEO of TGP Cymru, commented: “Since the project started, the North Wales Communication Passports team has produced over 130 passports for children and young people. That is a lot of children who have been helped, and it simply wouldn’t have been possible without the continued support of AlphaBiolabs.”

AlphaBiolabs donates £5 to four charities, including TGP Cymru, for every legal instruction received from family law firms and local authorities. The Giving Back campaign has already raised £19,000 in its first six months.

Whether a social worker, a solicitor or a private individual, AlphaBiolabs can help with expert advice on legal DNA, drug and alcohol testing.