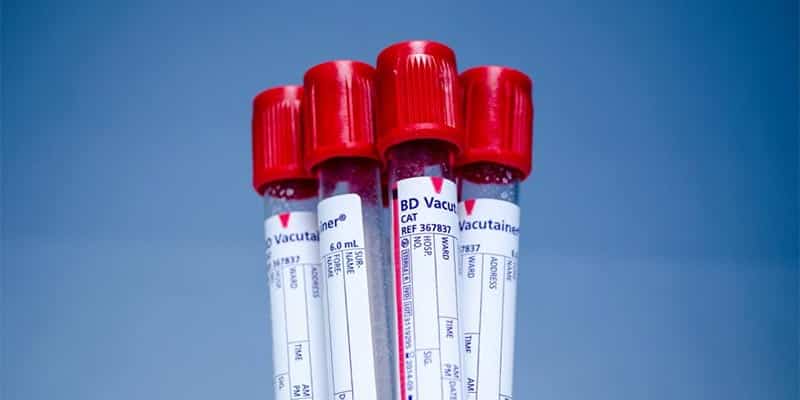 Blood alcohol tests are used to measure the level of alcohol in an individual’s blood.

When alcohol is consumed, it is absorbed into the bloodstream and about 90% of it is broken down in the liver. The rest is passed out of the body in exhaled breath and urine. It takes the liver on average about 1 hour to break down 1 unit of alcohol. If an individual is drinking excessively, and over an extended period of time, the effects on the liver and other cells in the body can be measured by analysing alcohol biomarkers in the blood.

AlphaBiolabs can perform four blood alcohol tests, which measure biomarkers, these are:

An individual who consumes excessive amounts of alcohol will damage their liver and may experience decreased liver function. A liver function test (LFT) therefore measures the effects of alcohol on various liver enzymes in the blood. Abnormal results can indicate a problem with the liver.

Transferrin is a protein largely made in the liver that regulates an individual’s iron absorption into the blood. It attaches iron molecules and transports them to the bone marrow, spleen an liver. An individual who drinks too much alcohol increases certain types of transferrin that are carbohydrate-deficient. When carbohydrate-deficient transferrin (CDT) increases, it can be measured in the bloodstream and is therefore a biomarker of alcohol abuse.

Mean corpuscular volume (MCV) refers to the size of red blood cells. Red blood cells carry oxygen in blood to all parts of the body. Heavy drinking over longer periods damages the bone marrow where the red blood cells are produced. The effect is that the red blood cells develop abnormally and become large. As a result, the MCV index becomes higher than normal, which persists as long as drinking of alcohol continues.

Because PEth is a direct biomarker of alcohol it is a highly reliable blood test for alcohol abuse. PEth testing can detect chronic and single-drinking episodes. It can also be used to monitor abstinence, drinking behaviour and identify relapse. PEth analysis can also verify whether an individual has changed their pattern of alcohol consumption.

As well as blood alcohol tests, AlphaBiolabs has other alcohol testing solutions including instant breath tests and 3- or 6-month hair analyses to show alcohol consumption over a period of time. Real-time results are also available with SCRAM Continuous Alcohol Monitoring®. For expert advice, please call Customer Services on 0333 600 1300 or email us at info@alphabiolabs.com