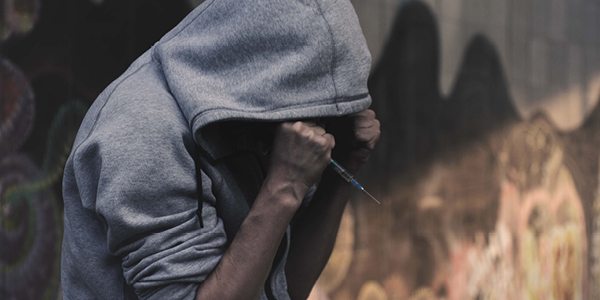 So-called ‘shooting galleries’ where users can openly take drugs could reduce the strain on Bristol’s medical services. Bristol West MP Thangam Debbonaire says that addicts are costing the city’s hospitals more than £1 million a year. The supervised drug-taking rooms – run by clinicians and with clean needles and facilities – should be made legal, she says.

The heavy burden of drug-related admissions to Bristol Royal Infirmary (BRI) cost the NHS £1.3 million a year, said Ms Debbonaire, with the patients needing care for a total of 2758 days. More than 1000 of those hospital days were related to injection related-illnesses. This accounts for 36% of all drug-related care at the hospital. The care for those 1000 days cost taxpayers £400,000, and that was for only 71 people, Ms Debbonaire revealed.

The Advisory Council on the Misuse of Drugs has said the rooms provide a space for drug users to take Class A drugs under the supervision of medical professionals and could potentially reduce the number of drug-related deaths. Medical staff are on hand to prevent overdoses, give advice about recovery programmes and provide clean needles, which prevents infections and the need for future hospital treatment. In addition, the rooms permit the users to take drugs without fear of arrest.

Ten countries have successfully adopted drug consumption facilities, including Switzerland, Germany, France, the Netherlands, Canada and Australia. Those in favour of them argue that they reduce disease transmission, lower drug-related overdose deaths and connect high-risk drug users with addiction treatment and medical services. According to Ms Debbonaire, nobody has ever died in a drug consumption room that was officially sanctioned and clinically run.

“I understand why people have an instinctive reaction that drug consumption rooms must be harmful, because they appear to facilitate the use of drugs,” said the Labour MP. “The harms caused by that existing drug consumption: the resulting drug litter, and the visible harm to drug addicts and to bystanders – people who have no interest in taking drugs but want their children to be able to play in the local playground – are many and varied.”

“I urge all MPs to consider that if we want to give our health service more money, if we want to make our streets safer, and if we want to save the lives of people who have drug addictions, as I do, we need to invest in drug consumption rooms,” she added.

For information on AlphaBiolabs’ range of drug testing services, call us on 0333 600 1300, email us at info@alphabiolabs.com or visit our website www.alphabiolabs.co.uk.