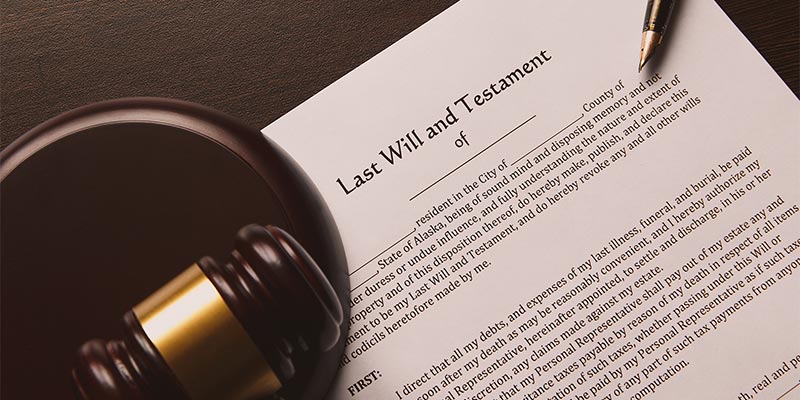 Can a biological child contest a Will? Can a DNA test be used to settle a dispute? Read on to find out…

The increase in more complex family arrangements combined with the increase in estate values have contributed to an increase in Will disputes. If someone doesn’t have a Will, or if a Will is incorrectly drafted or executed, there is a possibility that any assets will not go where they are intended. In addition, Intestacy Rules come into force to determine who inherits an estate if a person dies without a Will.

Courts recognise that scientific reports play a part in modern litigation. DNA testing is seen as a useful and practical step in the process, particularly where it could lead to a resolution of the case. Section 20(1) of the Family Law Reform Act 1969, states:

“In any civil proceedings in which the parentage of any person falls to be determined, the court may, either of its own motion or on an application by any party to the proceedings, give a direction:

(a) for the use of scientific tests to ascertain whether such tests show that a party to the proceedings is or is not the father or mother of that person; and

(b) for the taking, within a period specified in the direction, of bodily samples from all or any of the following, namely, that person, any party who is alleged to be the father or mother of that person and any other party to the proceedings;

and the court may at any time revoke or vary a direction previously given by it under this subsection.”

Although people can still choose to disinherit their biological children, they need to have good reasons for doing so, and ideally carefully document those reasons in some detail.

In the Nield-Moir v Freeman (2018) case, the Court ordered a daughter to take a DNA paternity test to prove her claim to inherit her father’s estate. The father, Colin Birtles, had died in 2013 without making a Will, leaving behind two daughters, Janice Nield-Moir and Lorraine Freeman. Under the Intestacy Rules, his two daughters stood to share his estate equally. However, Mrs Nield-Moir alleged that Mrs Freeman was not Mr Birtles’ biological daughter and provided several witness statements to the Court to this effect. She asked the Court to order that Mrs Freeman take a DNA paternity test to prove that she was entitled to a share of Mr Birtles’ estate, otherwise Mrs Nield-Moir would inherit the whole estate.

Mrs Freeman defended the claim and referred to the facts that Mr Birtles was named as her father on her birth certificate and that she was born during the period of her mother’s marriage to Mr Birtles. However, the Court agreed to grant the order for DNA testing, accepting that ‘if science can help, then it should’. If Mrs Freeman wishes to secure her inheritance, she will have to submit to a DNA test to prove that Mr Birtles was her biological father. Should it transpire that Mr Birtles was not, she will not be entitled to a share of his estate under the laws of intestacy.

The case is still not resolved, but it clearly demonstrates the interplay between scientific reports and the conduct of litigation in the modern world. And the lengths parties will go to to contest a Will.

AlphaBiolabs provides award-winning legal DNA testing with next day results that can be accepted in UK courts and used for probate purposes.

To find out which DNA relationship test is right for your particular case, please call our Customer Services team on 0333 600 1300 or email us at info@alphabiolabs.com