Children of alcoholics to get much needed support 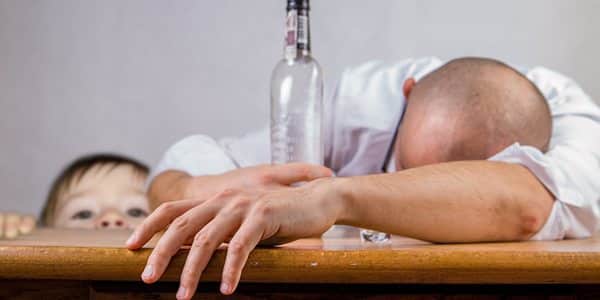 England has an estimated 200,000 children living with alcohol-dependent parents. To help these families get support and advice, the government has announced £6 million of funding from the Departments of Health and Social Care and Work and Pensions. The money will help to speed up the identification of children who are at risk, give support to reduce the numbers going into care, and provide treatment programmes for their alcohol-dependent parents. It will also be used to promote fast access to mental health services for vulnerable children.

Local councils are being invited to bid for a share of £4.5 million, based on their need for services.

Health Secretary Jeremy Hunt said: “The consequences of alcohol abuse are devastating for those in the grip of an addiction, but for too long, the children of alcoholic parents have been the silent victims. This is not right, nor fair. These measures will ensure thousands of children affected by their parent’s alcohol dependency have access to the support they need and deserve.”

Public health minister Steve Brine has been appointed by Mr Hunt to have ministerial responsibility for children with alcohol-dependent parents. The move has won praise from Labour MP Liam Byrne, who chairs the all-party group on children of alcoholics and lost his own father to alcoholism.

“This is a huge step forward for Britain’s innocent victims of booze; the kids of parents who drink too much and end up scarred for life”, said Mr Byrne.

The NSPCC says there has been a 30% increase in calls to its helpline over the welfare of a child due to a parent misusing alcohol in the past year. Its helpline figures from 2016–17 show that it received 10,207 calls and emails (an average of almost 200 a week) related to parental substance misuse. More than one-third of children referred to police or local authorities were aged 1–5 years of age, and 581 children referred were less than 1 year old, including unborn children.