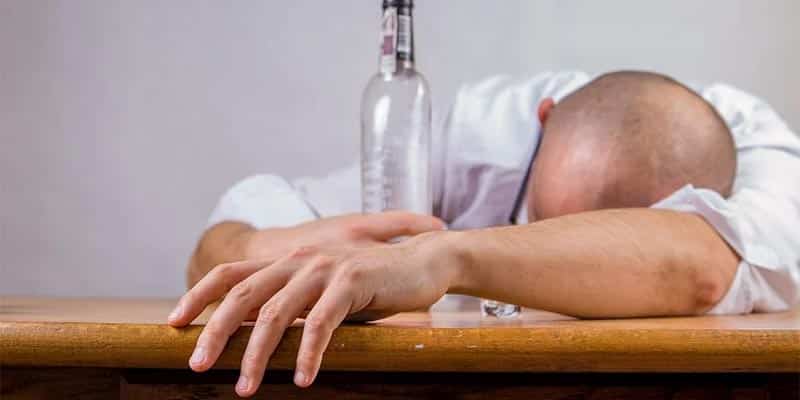 Teenagers locked down with alcoholic parents are feeling isolated and anxious. The National Association for Children of Alcoholics (NACOA) has said it is facing a surge in calls from young people stuck in toxic and abusive households during the coronavirus lockdown. The charity is concerned that safety nets for vulnerable children are falling rapidly due to isolation caused by the pandemic.

The charity is receiving emails from children who say their parents have relapsed after years of sobriety, and they say they are struggling mentally without the respite of school and friends. NACOA ambassador Josh Connolly said the charity had seen what he called the ‘Christmas phenomenon’, when calls drop in the lead up to holidays and then rise sharply. Calls have doubled in the past 10 days. There has also been a particularly sharp increase in first-time callers as well as ‘dropped calls’, where frightened children call and hang up several times before speaking.

Mr Connolly had this message for children affected: “Make sure you put yourself and your wellbeing first as much as you possibly can, because it’s easy to get caught up in trying to control the situation but your mental health is your priority. And remember, you’re not alone.”

In the past week, NACOA has responded to 120 calls for help from young people – up from less than 60 the week before. And the charity is running at significantly reduced capacity, with only two trained volunteers onsite to answer calls for a few hours a day, reports Sky News.

Alcohol Change UK research recently found that one in five drinkers reported drinking more since the lockdown began. The coronavirus pandemic is forcing support groups for millions of addicts around the world to shut, leaving many to struggle alone at a time of isolation and anxiety, which is increasing their risk of relapse. On the internet, Facebook support pages for loved ones of alcoholics are flooded with comments about family members who are relapsing after losing the face-to-face support from groups such as Alcoholics Anonymous (AA). Many AA meetings are now being held over Zoom.

“Alcohol services across the UK are seeing that some of their clients are drinking much more and becoming even more chaotic in their lifestyles”, said Dr Emily Finch, an NHS addiction psychiatrist and the vice-chair of the addictions faculty at the Royal College of Psychiatrists.