IS children to undergo DNA tests 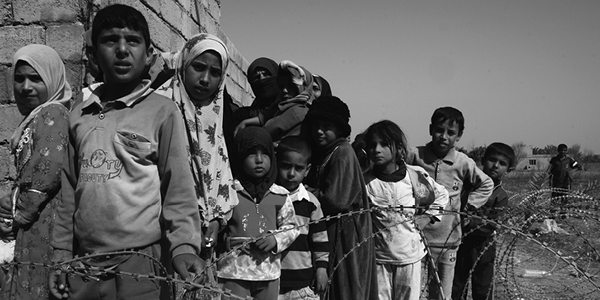 Children of foreign Islamic State (IS) members based in Iraq and Syria are to undergo a DNA test before being returning to their homelands. So far, fewer than five such children have returned with British mothers who had gone to Syria and married jihadist fighters.

According to Commander Dean Haydon, the head of the Met’s counter-terrorism command, police and other services had a duty to safeguard children returning from these war zones.

He also revealed that police are DNA testing children who have been brought to the UK after being born in the so-called IS caliphate to establish their identity and whether they have the right to live here. Last month, a ‘Jihadi bride’ arrested at Heathrow Airport with her baby was the first to return to the UK with a child born under IS in Syria.

Mr Haydon said: “If a mother turns up with a stateless child, born in Syria, we need to be satisfied that that child actually belongs to that mother because we have had instances of kids trying to be smuggled back into the UK but not actually belonging to that parent.”

Germany is also said to be working with the Iraqi government to carry out DNA tests on children to prove their kinship to alleged parents with German passports. The head of Germany’s domestic intelligence agency has warned of the “massive danger” posed by IS women and children returning to Europe. It is known that some terror groups have trained children to commit atrocities such as suicide attacks. The risk posed by the mother as well as the child must be understood.

Commander Haydon has said that individuals returning to the UK would be looked at on a case-by-case basis. Some may be arrested. He added: “We have no intelligence to suggest children are coming back from conflict zones to commit atrocities in the UK.”