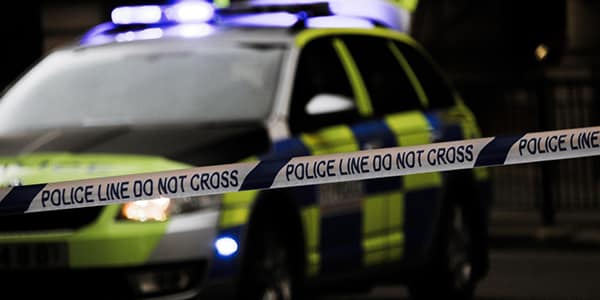 Seizures of cocaine in Europe are at record levels, according to the European Drug Report 2019: Trends and Developments, released by the EU drugs agency (EMCDDA) [1]. Over 104,000 cocaine seizures were reported in the EU in 2017 (compared with 98 000 in 2016). This amounts to 140.4 tonnes, around double the quantity seized in 2016 (70.9 tonnes). Although the retail price of cocaine remained stable, its purity at street level reached its highest level in a decade in 2017. The drug enters Europe through numerous routes, but the growth in large-volume trafficking using maritime shipping containers is highlighted as a major challenge.

Dimitris Avramopoulos, European Commissioner for Migration, Home Affairs and Citizenship, says: “Today’s report shows the complex nature of Europe’s drug phenomenon. Drugs remain a constantly evolving, multi-faceted threat to our societies, affecting the life of millions of citizens around the world. We need a more coordinated approach that tackles both supply and demand.”

The EMCDDA data show that in Europe (EU-28, Turkey and Norway), over 1 million seizures of illicit drugs are reported annually. Around 96 million adults in the EU (aged 15–64 years) have tried an illicit drug in their lifetime and an estimated 1.2 million people receive treatment each year for illicit drug use. In 2018, 55 new psychoactive substances (NPS) were detected in the EU for the first time, bringing the total number monitored by the agency to 730.

Director Alexis Goosdeel says: “The challenges we face in the drugs area continue to grow. Not only are there signs of increased availability of established plant-based drugs like cocaine, but we are also witnessing an evolving market where synthetic drugs and drug production within Europe are growing in importance. This can be seen in problems associated with the use of highly potent synthetic opioids, in new production techniques for MDMA and amphetamines, and in recent developments in the processing of morphine into heroin inside Europe’s borders”.

Social media, darknet marketplaces and encryption techniques are playing an increasing role in enabling individuals to access drugs. Entrepreneurship can be seen in innovative distribution methods, says the report. One example is so-called cocaine ‘call centres’, with couriers providing fast and flexible delivery. So competitive is the cocaine market, sellers are competing by offering additional services beyond the product itself.

Cocaine is the most commonly used illicit stimulant drug in the EU, with around 2.6 million young adults (15–34 years) having used it in the last year (2017 estimate). A recent analysis of waste water carried out by forensic scientists at King’s College London, shows London and Bristol are among the top cities with the highest use of the Class A drug in Europe, alongside Antwerp, Amsterdam, Barcelona and Zurich. The analysis also suggests that more than one in every 50 people in London take the drug every day.

The increase in cocaine supply is resulting in more reported health problems. The latest estimates show that around 73,000 people now enter specialised drug treatment for cocaine-related problems. Of particular concern are the 11,000 of these who entered treatment for crack cocaine-related problems. The number of people reported as requiring treatment for a cocaine problem for the first time rose by 37% between 2014 and 2017, suggesting treatment needs are growing. Cocaine was also the illicit drug most commonly reported in drug-related hospital emergency presentations recorded by a network of 26 sentinel hospitals in 18 European countries in 2017.