Concerns over rises in painkiller addiction 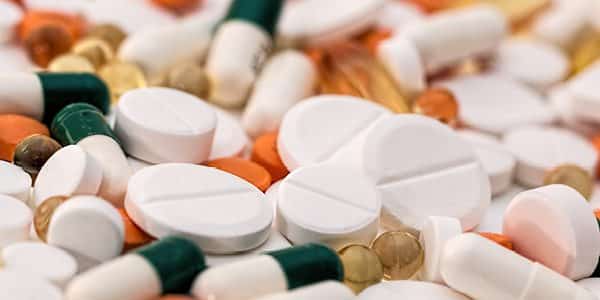 Just 2 weeks after Public Health England announced it was launching a review into the growing problem of prescription drug addiction, a study has shown that long-term opioid use for chronic non-cancer pain is rising steeply in England.

Reporting in the British Journal of General Practice, the researchers found that tramadol was by far the most commonly prescribed opioid painkiller and fentanyl was the least commonly prescribed [1]. During the 43-month study, 139,222,060 g of tramadol was dispensed. Buprenorphine and codeine showed the greatest rate of increase, and only two opioids (methadone and dihydrocodeine) showed a decrease.

The researchers from University College London (UCL) Hospital also found a clear north–south divide: nine out of 10 of the highest prescribing areas were located in the north of England.

“This study exposes increasing rates of prescription of a class of drugs whose use for chronic pain is controversial, with potential for abuse, and an association with serious adverse effects and premature death,” conclude the researchers from UCL Hospital. They recommend the setting up of a national database of patients taking large amounts of opioids to provide epidemiological data regarding prescribing patterns and thus help improve patient safety.

Helen Stokes-Lampard, chair of the Royal College of GPs, said that GPs were working hard to limit opioid treatments but needed alternatives.

“While some prescribed medication has been shown to be addictive, many of these drugs, when used appropriately and in conjunction with established clinical guidelines, are safe to use, and can, most importantly, help relieve patients from debilitating and painful symptoms,” she said. “Where possible, GPs will always try to explore non-pharmacological treatments – but these are often hard to come by at a community level, leaving family doctors with few alternatives that are still of equal benefit to the patient.”

A lack of alternative therapies across Wales is also being partly blamed for the sharp rise in strong painkiller prescriptions. The first large-scale study of opioids in Wales showed prescriptions for non-cancer patients increased by just under 50% between 2005 and 2015. During the same period, prescriptions for the strongest opioids – such as morphine, oxycodone and fentanyl – increased by more than 320%.

Dr Julia Lewis, a consultant addiction psychiatrist based in Newport, said a lack of alternative therapies left GPs little choice but to prescribe strong painkillers, which can lead to dependency. The concern is that there may be many more people in Wales struggling who are too scared to access addiction services.

The Welsh Government said a consultation on the matter is due.