Why are ‘dangerous’ drugs still being used to treat pain? 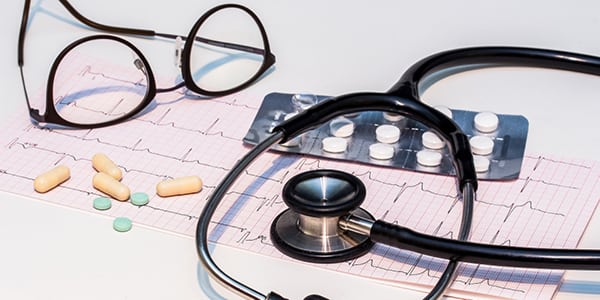 Opioids are among the world’s most commonly prescribed painkillers. However, they are much stronger than many of the other available options, and their widespread use is leading to addiction and even deaths. So, why are these dangerous drugs still being given to patients?

One of the reasons that opioids are so widely used is that (when used correctly) they are a particularly useful form of painkiller. Morphine, tramadol and fentanyl are used to treat pain caused by everything from heart attacks to cancer. Some opioid medications (such as methadone and buprenorphine) are used to help people break their addictions to stronger opioids like heroin.

Opioids work by combining with receptors in the brain to reduce the sensation of pain and they are highly effective. They can be given to patients in a variety of ways and in many different forms (such as orally, by injection, patches, lozenges or tablets). The World Health Organization judges codeine, morphine and methadone as essential for treatment of pain and end-of-life care. For people who are dying, opioids are often the most effective way to relieve pain. Anywhere between 30% and 94% of people with advanced cancer are thought to experience pain and about half of cancer patients are prescribed an opioid in the last 3 months of their life.

In the UK, opioid use has been recently linked to the deaths of hundreds of elderly hospital patients. In the USA, the misuse of opioids is a serious national crisis that affects public health as well as social and economic welfare. Over-prescribing has been blamed, particularly among those with long-term pain. Reducing opioid misuse has been named as a top priority for the US Food and Drug Administration in 2018. The opioid crisis was the driver behind another record year for drug overdose deaths in the USA in 2016, up by 21% over 2015 to nearly 64,000, according to the Centers for Disease Control and Prevention. President Donald Trump has even suggested that executing drug dealers could be a way of halting the worrying opioid addiction crisis in the USA.

Opioid receptors are present in areas of the brain responsible for breath control and high doses can dangerously reduce the rate of breathing. This is the cause of almost all opioid deaths. There were more than 2000 deaths in England related to opioid overdose in 2016, the highest since records began. But unlike the US deaths, these largely related to heroin rather than forms of opioid available on prescription.

According to BBC News, GPs in England, prescribed 23.8 million opioid-based painkillers in 2017: a rise of 10 million prescriptions since 2007. In addition, more than 2 million working-age people were thought to have taken a prescription painkiller that was not prescribed for them in 2016–2017. Ministers have launched a review into concerns that patients are becoming hooked and suffering dangerous side-effects.

If used appropriately, and used in amounts appropriate to the symptoms, opioids are not only safe, they are essential for good symptom control. However, recent events have put the medical profession’s use of opioids under intense scrutiny. Better education and training might be one way to make sure they are used appropriately whilst avoiding potential harms.