Dangers of legal highs must be heeded 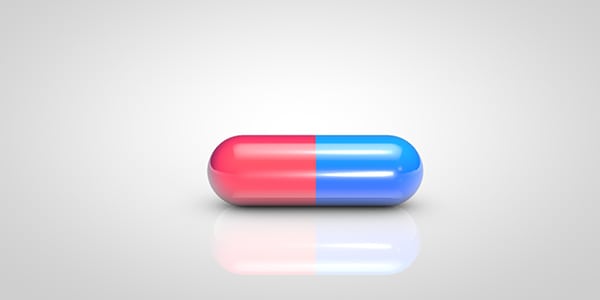 Novel psychoactive substances (NPS), or so-called ‘legal highs’, were banned following the Psychoactive Substances Act in 2016, but they remain widely – albeit illegally – available. Legal highs can still be obtained from the internet and one in 10 young people admit to taking the drugs. In 2017, there were 61 deaths from NPS use, which equates to an age-standardised rate of 1.0 death per 1 million population. This is a statistically significant decrease from the 123 deaths in 2016 (2.1 per 1 million). However, NPS pose a greater threat than traditional drugs of abuse, argues Colin Davidson, Professor of Neuropharmacology at the University of Central Lancashire.

Reasons for their popularity include the misconception that because they were once legal they are safe. It is also generally easy to obtain them, and they could potentially be thought of as new and exciting as different manifestations flood the market. There are now close to 700 NPS available.

The varied forms of NPS has exacerbated the health risk. With any new drug, users are unsure how to take it safely and healthcare workers will also know very little about the drug, making effective treatment difficult. Anyone suffering the consequences of NPS use in an A&E department will only have a packet of pills or powder with an unhelpful street name (such as Haze, Rush or Kush) to pass onto medical staff.

Synthetic cannabinoids were originally developed as a legal alternative to cannabis. The main psychoactive component of cannabis is Δ9-tetrahydrocannabinol (THC), which gives users the ‘high’ feeling. As a central nervous stimulant, THC can alter mood and sensory perceptions, and activates a cannabinoid receptor protein called CB1. Spice or K2 has been found to be made up of a variety of synthetic cannabinoids, which are often more than 10 times as potent at the CB1 receptor. The same dose of spice will have a much bigger effect than the same dose of THC and long-term users of spice may therefore have a greater chance of developing schizophrenia than cannabis users.

“These drugs are 10 to 100 times more powerful than cannabis. The chances are that people who take these drugs will develop schizophrenia”, says Professor Davidson.

The increased uptake of spice, particularly amongst the homeless community and in prisons, continues to make the headlines. This week a report has highlighted the dramatic increase in ambulances being called to deal with people who have taken spice. Paramedics in some areas of England are dealing with six times as many affected people compared with last year, reports The Guardian. These new figures have prompted concern from paramedics and police that some areas may be engulfed by the substance.

Professor Davidson has tested dozens of legal highs and shown how in almost every case they were more dangerous than the traditional drugs they were developed to replace. One of the most popular NPS since 2008 has been mephedrone, also known as MCAT or meow meow. Mephedrone is a synthetic drug, similar to the plant-based chemical cathinone. It is a stimulant, like amphetamine, and could also leave users with a greater chance of developing Parkinson’s. Desoxypipradrol (Ivory Wave) may be more likely to lead to psychosis than cocaine. Benzofury, an MDMA-like drug, may also cause heart valve problems. Methoxetamine (Mexxy) a ketamine-like drug may also cause bladder problems.

Considering the relative ignorance among users on how to take these new drugs and healthcare professionals on how to treat overdoses, it’s clear that NPS are anything but a safe substitute for traditional drugs of abuse.