Deaths rise as spending falls on drug and alcohol rehab 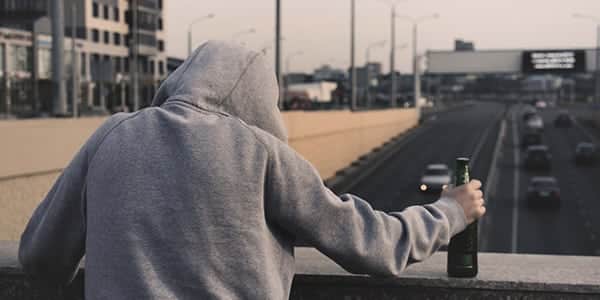 Austerity cuts are being blamed for residential drug and alcohol treatment centres downgrading services or being forced to close. The latest casualty is Chandos House in Bristol, which is leaving the city without any residential rehab centre.

Residential rehab and detox services are often the best option for the most vulnerable addicts (who are at the highest risk of dying from their addiction problems) because they are removed from exposure to other addicts. In order for people to fully recover from substance abuse they need a place to live, to have access to mental health treatment and their physical health needs to be looked after.

Figures obtained by a Freedom of Information request by UK Addiction Treatment Centres (UKAT) show spending on residential rehab and detox treatment in England has been reduced by 15% since 2013–2014. These cuts may be contributing to the rise in number of drug-related deaths each year at a time when spending on treatment should be going up. UKAT says that overall drugs deaths have hit record levels for the fourth year in a row.

The total amount spent on rehab and detox services has plummeted by almost £4 million over the last 4 years. Some local authorities have made significant cuts this year, including Bolton which has cut the budget by 58%; Lambeth, which has cut its budget by 57%; and West Sussex and Leeds, which had both cut budgets by 54%. According to the latest Office for National Statistics (ONS) figures, all of the 10 councils who have made the biggest cuts to their budgets have seen a rise in drug-related deaths during the last 6 years. Bolton has seen a 13% rise, Lambeth a 69% rise, West Sussex a 55% rise and Leeds, where 159 people died from drug-related deaths in 2017, has seen an 89% rise since 2010–2012.

Eytan Alexander, founder of UKAT, said: “More and more government-funded rehabs are closing because of budget cuts, yet overall, more and more people are dying from drug misuse than ever before; the way in which the Public Health Grant is being spent just doesn’t make sense”.

Paul Hayes of Collective Voice, which represents eight of the largest third sector providers of drug and alcohol treatment services, said local authorities weren’t to blame as the cuts were happening within the context of austerity.

“It’s a population that isn’t politically popular either with local politicians, the electorate or the media. People aren’t going to demonstrate on the streets because budgets for drug and alcohol treatment have been cut like they might if it was a library. It’s a population that to a large extent is hidden and the consequences are hidden”, he said.

Last year, UKAT said that its admissions for private alcohol addiction hit a record high. Admissions were up 22% since 2014 suggesting a shift in how addicts are accessing treatment in order to get sober.

Nationwide alcohol-detection centres are another option that are seeing an increase in requests for point-of-care testing services to monitor drinking intake. Individuals can drop into these Walk in Centres to provide blood, oral fluid or hair strand samples for alcohol analysis. Some also offer real-time alcohol-detection, which is having a significant impact on changing behaviours in vulnerable and higher-risk alcohol-dependent adults. The SCRAM Continuous Alcohol Monitoring® (SCRAM CAM®) bracelet is worn on the ankle and tests for the presence of alcohol in perspiration every 30 minutes. As such, this detection technique is favoured by local authorities, courts and child-protection agencies.

For information on any of AlphaBiolabs’ drug testing services and/or alcohol testing solutions, including continuous alcohol monitoring, please call 0333 600 1300 or email us at info@alphabiolabs.com.