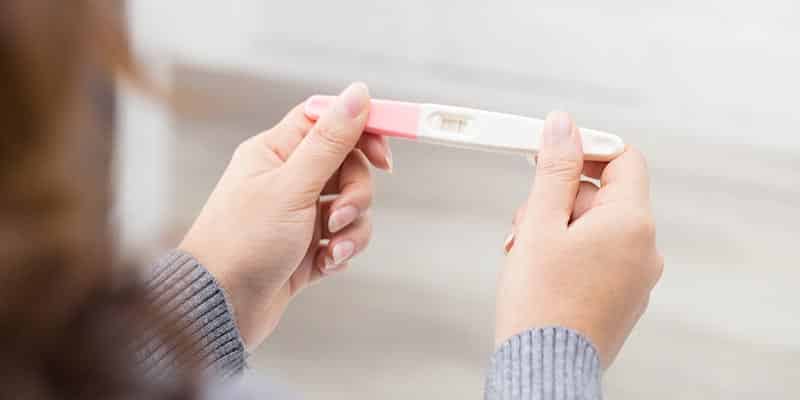 More women will find out they’re pregnant on 17th January than on any other day in the year, says a new study. Dubbed ‘Discovery Day’, the date falls just over 2 weeks after National Babymaking Day on 2nd January, which is the most common day of the year for couples to try to conceive.

According to a study conducted by parenting site ChannelMum.com, more than 10,000 women will take a pregnancy test on 17th January. And once they find out that they’re expecting, the vast majority of women will continue to take tests to make sure the result is truly accurate. The phenomenon dubbed ‘pregnancy test addiction’ involves women taking an average of six different pregnancy tests to ensure they really are expecting. Apparently, 62% of expectant mothers carry on taking tests after getting a positive result, spending an average of £30 in the process. Seven per cent of mums-to-be take 10 tests while one in 20 admitted to checking 16 times or more before they finally accept they are pregnant.

“Being hooked on pregnancy tests may seem strange, but the majority of mums do it”, says Siobhan Freegard, founder of ChannelMum.com. “Seeing the positive sign come up gives mums-to-be a buzz and also helps reassure those who may be nervous about their pregnancy.”

The study of 1435 mums has also found that many increasingly break with the tradition of keeping their pregnancies quiet until their 12-week scan. Just 26% keep their news quiet, and a third tell friends and family as soon as they find out. Modern mums are also radically changing the way they announce their pregnancy. Rather than telling people in person, three in five reveal their news on social media, with 45% going a step further and posting their scan picture. This compares to just 53% who still tell their loved ones in person, and one in five who telephone others with the information. A growing number are also using apps including Snapchat and WhatsApp to announce their news, with 20% of modern mums revealing their pregnancy this way.

Despite having happy news to share, almost 50% of mums have experienced negative comments after revealing their news. Being asked whether the pregnancy was planned is the most common jibe handed out. Five per cent were asked ‘who is the dad?’ Many have also been criticised for being too old or too young to have children. A third claim to be verbally abused by work colleagues and 35% of women are subjected to comments from people they don’t know. Worryingly 13% even had negative comments from their GP or midwife on announcing their new pregnancy.

AlphaBiolabs offers a range of DNA relationship tests including paternity, twin and prenatal paternity. Our gender test can also determine whether you are having a boy or girl from as early as the 8th week of pregnancy. You can get more information by calling our Customer Services team on 0333 600 1300 or emailing  info@alphabiolabs.com