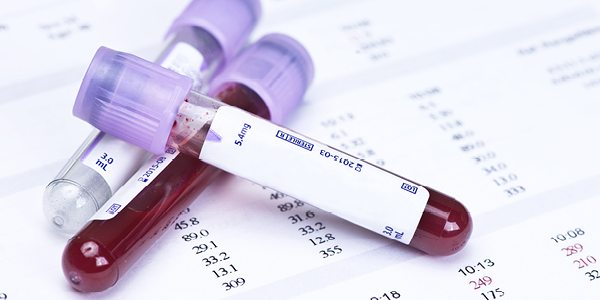 Researchers have developed a blood test that can detect the presence of eight common cancers long before a person even becomes aware of any symptoms. Called CancerSEEK, the blood test detects minute amounts of DNA and proteins released into the bloodstream from cancer cells. This can then indicate the presence of ovarian, liver, stomach, bowel, pancreatic, oesophageal, lung and breast cancers. This is a first: previous cancer blood tests have failed to identify the exact type of cancer.

Published in the journal Science, the research was led by a team at John Hopkins University in collaboration with Australian scientists at the Walter and Eliza Hall Institute [1]. The test works by detecting free-floating mutated DNA, released into the bloodstream by dying cancer cells. In blood samples from 1005 patients, the test gave a positive result in approximately 70% of cases. Ovarian cancer was the easiest to detect. Of the five cancers that currently have no screening tests (ovarian, liver, stomach, pancreatic and oesophageal cancers), sensitivity ranged from 69–98%. When the test was assessed on 812 healthy control subjects, it produced only seven false-positive results. This high specificity is an essential requirement as it prevents significant anxiety and further invasive tests for those who don’t need them.

The patients in the trial had localised (i.e., non-metastatic) stage 1–3 cancers. The rates of detection were lowest in those who had the earliest stages of the illness. Detection is expected to be even lower in people who had not yet shown any symptoms.

CancerSEEK can not only detect that there is a cancer somewhere in the body, it can also suggest where to start looking. The hope is that in the future, such a test could be used in routine screening programmes to significantly increase the proportion of patients who get access to treatment early, before cancer would typically show up on conventional scans. Early diagnosis remains the key to reducing invasive treatments and cancer deaths. Proven screening tests that lead to earlier diagnosis and better outcomes, such as colonoscopy screening for bowel cancer, are typically unpleasant and can only screen for one cancer at a time. There are currently no effective screening tests for many tumour types. CancerSEEK is predicted to eventually cost less than $500 per patient, which is comparable with colonoscopy.