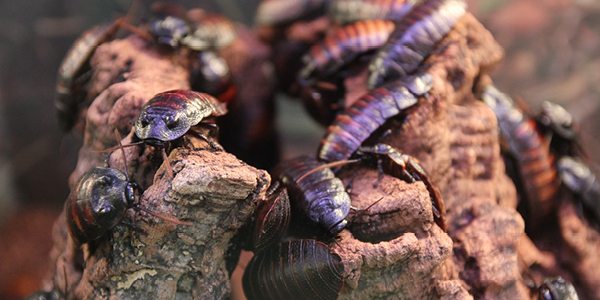 Cockroaches are notorious for living in inhospitable places and being difficult to get rid of. Now, Researchers from the South China Normal University have sequenced their DNA to help understand what makes them so hardy. Not only can they withstand toxic environments, they can regrow broken limbs.

The researchers began by sequencing the DNA of American cockroaches, Periplaneta americana, and discovered that they have one of the largest known genome sequences of all insects. In fact, at more than 20,000 genes its genetic code is as large as a human’s.

The findings, published in the journal Nature Communications, showed that cockroaches have a unique set of genes that allow them to thrive almost anywhere. They have several genes that allow them to withstand toxic environments. The researchers also found genes in the DNA responsible for re-growing broken limbs. Some genes could also prompt wound healing.

Researchers found that cockroaches have an incredible sense of smell and possess nearly twice as many olfactory receptors (OR) as other insect species. These expanded ORs could help the bugs more easily detect traces of foods, especially fermenting foods, which they favour. The species was also found to have more than 500 gustatory receptors, or taste buds. As such, the ability to withstand a more varied diet could be one feature that helped the bugs adapt.

Another group of genes protect the cockroach should it eat anything toxic. A further set raises its immune system to combat infections from all the germs it encounters. Together these genes make the cockroaches more resilient in the face of the filth they live in.

The researchers hope that further investigations into how cockroaches generate new tissue could have medical implications for future therapies.