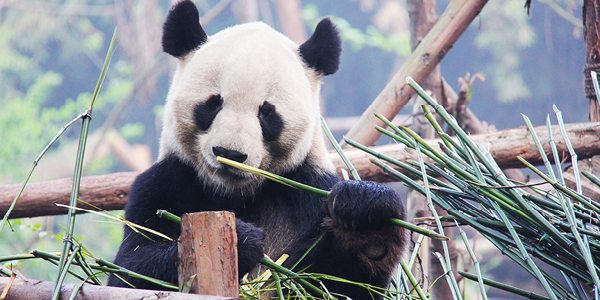 There are high hopes that a portable DNA ‘barcoder’ will be able to stop the trade in endangered species’ body parts, which are often used in traditional medicine. Called the Lab-in-a-Box, customs officials will use the system to reliably identify species, such as a panda, in just a few hours.

The device was developed by engineers and was presented at the Kruger National Park in South Africa during the International Barcode of Life conference (20–24th November 2017). The conference focuses on the use of DNA to understand diversity patterns and ecological processes in species-rich and complicated ecosystems. The conference also provides a general forum for presentations on the wider field of DNA barcoding. This is a taxonomic method that uses a short genetic marker in an organism’s DNA to identify it as belonging to a particular species.

The Lab-in-a-Box allows species to be identified using key points on their genome. Not needing a full genome sequence to identify a particular animal makes the process quicker and cheaper. For customs officers, it will give them the rapid answers they need. Currently, they have the choice of holding a potentially innocent shipment for days while it is tested and the possibility of letting illegal imports through.