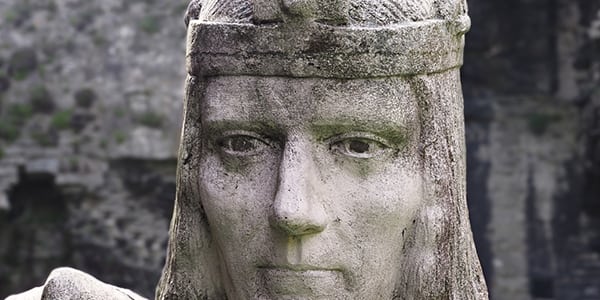 Hope is being pinned on a DNA sample solving one of Britain’s most curious cold cases. Did King Richard III really murder his predecessor’s two children? Scientists say that DNA tests could finally solve the 500-year-old ‘princes in the tower’ mystery.

It is believed that Richard III murdered the children of his brother Edward IV in the Tower of London in 1483. After Edward IV died unexpectedly, Richard was made Lord Protector with charge of his two nephews: Edward V, aged 12, and his 9-year-old brother, Richard, Duke of York. The boys were allegedly locked up in the Tower of London and were never seen again. The rumour is that Richard had both boys murdered, just in case anyone tried to dispute his rights and sought to put Edward V on the throne.

The mystery of whether Richard did kill the children has never been solved. Scientists have now taken a DNA sample from a direct descendant of the two young princes in an attempt to unearth the truth. English opera singer Elizabeth Roberts is the 16 times great-granddaughter of the princes’ maternal grandmother, Jacquette of Luxembourg. If DNA testing proves that this sample matches the Princes in the Tower’s DNA it could mean they were murdered.

“The discovery of the descendant, and her decision to supply a sample of her DNA, have opened up significant avenues of investigation”, historical researcher Philippa Langley told the Independent.

In 1674, almost 200 years after the princes’ death, two skeletons were discovered under the stairs in the tower and were reburied in Westminster Abbey. If a DNA test on these skeletons match the maternal DNA of Ms Roberts it would suggest the remains really do belong to the princes. It also means the chance of Richard III being guilty is much greater.

The skeletons were last examined in 1933, but scientists were then unable to determine their sex, let alone find any clues to their identities. If the DNA samples do not match, it may suggest that Richard was not the murderer and the bodies weren’t in fact the young princes. Officials at Westminster Abbey now need to grant permission for any DNA testing to be performed. The Abbey has been asked on several occasions to allow DNA tests on the skeletons but has turned all the requests down.

For information on AlphaBiolabs’ DNA testing services, please call us on 0333 600 1300 or email customerservices@alphabiolabs.com.