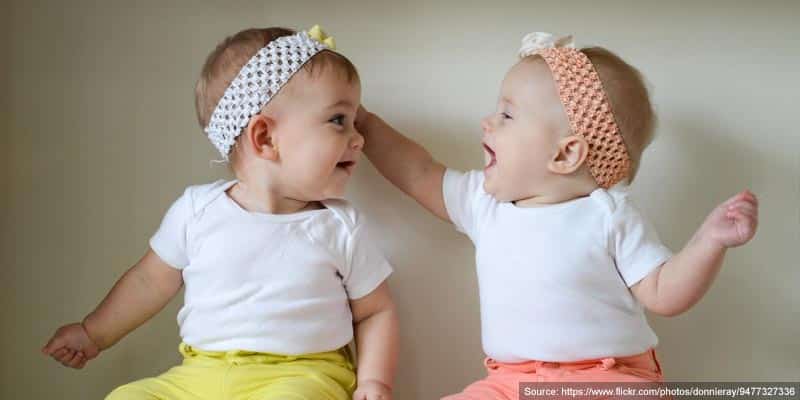 DNA testing twins, also known as zygosity twin testing, is used to determine whether multiple children from the same birth are genetically identical or not. Trying to find out whether twins are identical or fraternal whilst in utero does not always give the correct answer. The placentas of non-identical twins may fuse together in the womb giving the appearance of a single placenta, which would make them appear identical. In addition, approximately one-third of identical twins have separate placentas making them appear non-identical.

The only way to conclusively determine whether twins are identical or not, is to carry out a DNA twin test.

The test is very straightforward and involves analysing tiny amounts of DNA from buccal cells inside each sibling’s mouth. All you need to do is rub a swab for about 20 seconds on the inside of each twin’s cheek. This is a pain-free, simple procedure and full instructions are included in the testing kit.

How does DNA testing twins work?

Fraternal, or non-identical twins, are the result of separate fertilised eggs. These babies are no more alike than any other brother or sister, and may be both male, female, or one of each. They share DNA in common as in the case of siblings from different births. Identical siblings are formed from a single fertilised egg, which went on to split into separate embryos. This means their DNA is exactly the same.

When the DNA samples are returned to our laboratory for analysing, our scientists examine specific markers present in repeat sections of the DNA samples. These 35 Short Tandem Repeat (STR) loci include the Amelogenin (gender) locus. The DNA seen at each of these STR loci is compared between the tested individuals. Identical twins will share the same DNA profile whereas non-identical siblings will have different DNA profiles.

This DNA test can also be used to test more siblings to establish whether multiple children from the same birth (triplets, quadruplets, etc.) are genetically identical or not. You can add more siblings to the test when ordering online. A DNA test for twins costs just £99 for next day results. Same day results can also be made available for an extra £70. The price includes a Zygosity Certificate, which shows which DNA markers the twins matched at.