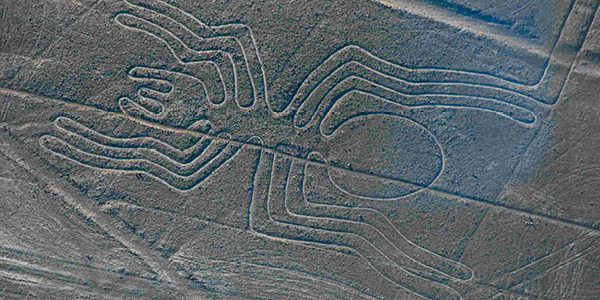 A three-fingered and three-toed corpse that was reportedly found in a tomb near the UNESCO World Heritage Nazca Lines in southern Peru had been thought by some researchers to be an undiscovered species. However, in a blow to conspiracy theorists hoping for proof of alien visitations to Earth, DNA samples of the mummified corpse have proved to be 100% human.

The crouched mummified body was of a humanoid figure with an elongated skull and three fingers on each hand and foot. It was 168 cm (5’6”) tall, with proportions said to be similar to a human. It also had an elongated skull, small nose and just ear holes.

DNA samples taken from both the hand and brain tissue were found to come from a male homo sapien, according to a report from Paleo DNA laboratory at Lakehead University, Ontario, Canada. Carbon dating has claimed the individual was alive between 245 AD and 410 AD. Because of the bizarre appearance, experts believe the remains could have been tampered with to make them look like an alien. The Peruvian World Congress on Mummy Studies has released a statement saying they believe this to be a hoax made from real human remains, and have demanded an official inquiry into whether any archaeological crimes have been committed.

However, the DNA results haven’t stopped some people from claiming that the corpse is indeed extraterrestrial. A series of videos from Gaia.com suggest that the discovery could be a being closely related to humans but still from outer space. Dr Konstantin Korotkov suggested in one video that the DNA samples may only be related to human DNA. “From the first DNA analysis, it was proven it’s not chimpanzee, it’s not monkey, but it’s human-like DNA”, said Dr Korotkov. He has now called for more detailed DNA analysis, “Then, we’ll see whether it is exactly human like, or it is little bit different.”