How DNA tests could save Koalas 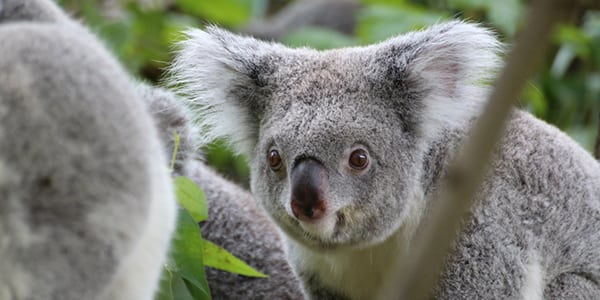 Geneticists have been studying koala DNA as a way of conserving the species. Australia’s cuddliest animal has been ravaged by a sexually transmitted disease (STD). Chlamydia has spread fast in koalas, causing infertility and blindness. The hope is that decoding the genome could lead to an effective vaccine for the STD.

Researchers say they’ve been amazed by the information that’s been hidden in the marsupial’s DNA. For example, DNA tests have helped explain how koalas can survive solely on a diet of eucalyptus, which poisons most other creatures that consume it. Apparently, specific genes are switched on in the koala’s livers, which appear to be responsible for detoxifying the leaves. Their DNA also equips them with powerful senses of smell and taste that allow them to sniff out the leaves with the most water in them. Koalas will only eat leaves with at least 55% water content.

In addition to causing blindness and infertility, chlamydia can lead to a condition called ‘dirty tail’: a painful inflammation of the urinary tract that often results in the animal’s death. Researchers have tested vaccines in the past but say the new information from this 5-year gene project will speed up the process.

Experts say there are around 329,000 koalas alive in Australia today, but this is just a fraction of the population that existed in the middle of the 19th century. Millions were killed for their fur between 1870 and the late 1920s. Since then, they have been classed as ‘vulnerable’ by the Australian government. There is a great deal of anxiety about the iconic species’ survival because of their biological uniqueness, as a symbol for preservation and also because of their value as a tourist attraction (thought to be around A$1.5 billion).

Koalas live in eucalyptus forests all along Australia’s Great Dividing Range, which runs along the whole of the east coast of Australia with populations in Queensland, New South Wales, Victoria and South Australia.

For information on AlphaBiolabs’ DNA testing services, please call us on 0333 600 1300 or email customerservices@alphabiolabs.com.