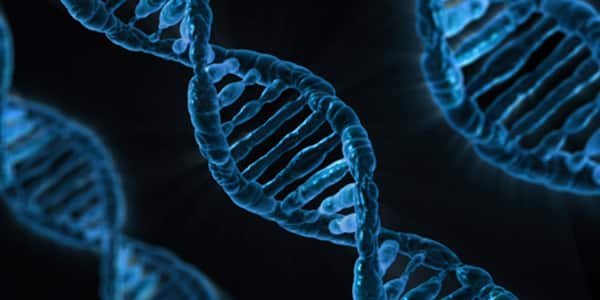 In the UK, multiple pregnancy occurs naturally in around 1 out of every 80 births. The most common form of multiple births is twins. Twins occur 90% of the time with the other 10% divided between triplets, quadruplets, and other higher multiples. For one Liverpool mother, her trio of sons proved to be rarer than most multiple births.

The 23-year-old mother was 9 weeks pregnant when she discovered she was expecting triplets.

“It was the biggest shock of my life”, Becki-Jo Allen told the Independent Echo. “We haven’t got any triplets in the family so it came completely out of the blue.”

At 31 weeks, the three babies were delivered via C-section. The boys named Rocco, Roman, and Rohan were discharged within a few weeks of their birth. At her delivery, Allen was assured by her doctor that the triplets were non-identical (fraternal). This is the most common form of triplets, which result from a polyzygotic pregnancy of three eggs.

However, in the weeks following the birth, Allen noticed that people had trouble telling the three boys apart. She admitted herself that she could find little obvious physical difference between her three sons.

Curious, Allen had the boys’ DNA tested to see why they looked so similar. The results showed that all three were indeed identical triplets.

In the case of identical triplets, the fertilized egg has to split not just once, but twice, in order to conceive three identical babies with perfectly matching DNA. Identical triplets are so rare that the frequency of occurrence is hard to evaluate. The odds against them occurring without fertility treatment have been put at between one in 60,000 and one in 200 million.

Heredity on the mother’s side increases the odds of a couple having fraternal multiple births. Having non-identical twins in a mother’s immediate family, for example, can double the chances of conceiving non-identical twins. This is because a certain gene predisposes some women to hyperovulation where more than one egg is released during each menstrual cycle.

Identical twins, on the other hand, appear to be a random occurrence. There’s no evidence that being from a family with identical multiples has any impact on the odds of having identical twins or triplets. Zygosity twin testing from AlphaBiolabs can establish whether multiple children (twins, triplets or quadruplets, etc.) from the same birth are genetically identical or not. The test costs just £99 for next day results. For more information on Twin testing, please contact AlphaBiolabs on 0333 600 1300; email: info@alphabiolabs.com