Drinking alcohol in pregnancy may be linked to depression in teenagers 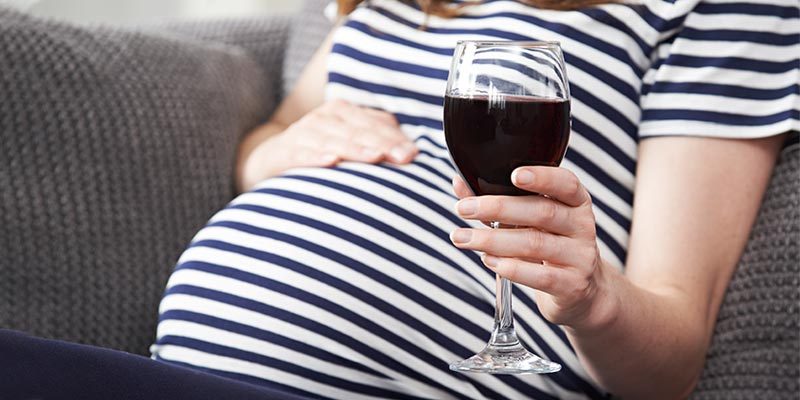 Drinking in pregnancy could put children at an increased risk of developing depression as teenagers, say researchers. The new study by the University of Bristol analysed data from 14,541 pregnant mothers in the 1990s. Of this total, 4191 had consumed alcohol between weeks 18 and 32 of pregnancy.

The team found that children whose mothers consumed alcohol at 18 weeks of pregnancy may have up to a 17% higher risk of depression at age 18 compared to those whose mothers did not drink. The research is published in the journal Alcoholism: Clinical and Experimental Research.

The study also examined the drinking of the women’s partners, which is unlikely to have a direct biological effect on the developing foetus. They found little evidence of any association between partner drinking and offspring depression in adolescence.

Dr Kayleigh Easey, Senior Research Associate in Genetic Epidemiology, said: “It can be challenging to assess the causal effect of alcohol use in pregnancy and we have to be careful in the interpretation of results given the sensitivity of alcohol as a risk factor and traditional views around low-level drinking.”

“Our study suggests that children whose mothers consumed alcohol at 18 weeks’ gestation have a higher risk of depression at age 18 compared to those who did not drink alcohol.”

Many of the indirect factors that could explain the maternal effects are shared between mothers and their partners (such as socio-demographic factors). However, we only found associations for mother’s drinking, said Dr Easey.

The research used data from Bristol’s Children of the 90s, also known as the Avon Longitudinal Study of Parents and Children (ALSPAC), which has tracked pregnant mothers, their partners and children since the 1990s.

The Chief Medical Officers recommend that pregnant women, or those planning to become pregnant, avoid drinking any alcohol at all to keep risks to a minimum. Long-term health risks for the baby are greater the more alcohol you drink. If you are concerned about a family member’s drinking habits, AlphaBiolabs can provide a number of alcohol testing solutions including continuous alcohol monitoring. For more information, please call 0333 600 1300 or email us at info@alphabiolabs.com