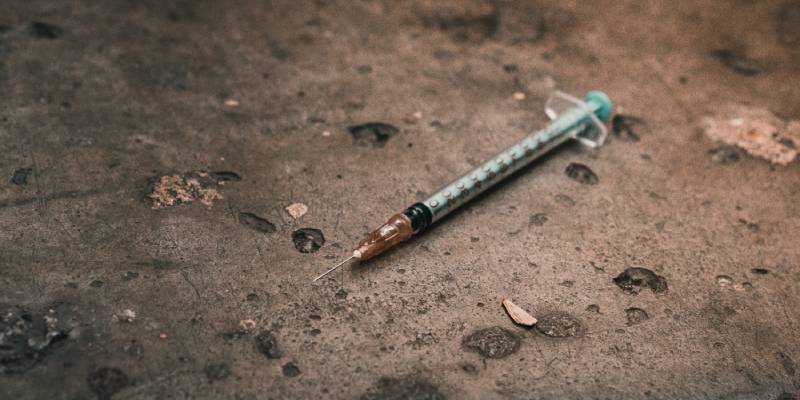 Drug deaths rose sharply in England and Wales to reach record numbers last year, according to the Office of National Statistics (ONS). There were 2917 deaths from illicit drugs in 2018, a rise of 17%. Most deaths were due to opiates (such as heroin), but cocaine deaths have doubled in 3 years. The North East had the highest death rate in England, with almost three times the amount of deaths per million people (96.3) than London (34.9). London had the lowest death rate.

In total, 4359 people died due to drug poisoning last year. This figure includes accidental overdoses, suicides from medicinal drugs, as well as illicit drug use. Deaths from drug misuse among men aged 40–49 years old rose significantly. Long-term drug users who started using in the 1980s and 1990s are traditionally most vulnerable, but the number of deaths among millennials and Generation Z-ers rose in 2018 too: 48.9 per million people – the highest amount since 2009. It was also the biggest annual increase in drug deaths since records began in 1993, the ONS said.

There were record numbers of deaths for opiates (2208), benzodiazepine (430) and cocaine (637). Deaths from new psychoactive substances (NPS) doubled in a year to 125, following a fall the previous year. Ecstasy (MDMA) deaths rose from 56 to 92.

Professor Alex Stevens from the University of Kent, who serves on the government’s Advisory Council on the Misuse of Drugs, said there had been a 47% increase in deaths from drug poisoning since 2013. He blamed funding cuts of 27% to treatment services over 3 years as the cause of the latest increases.

“These treatments save lives. You’re about half as likely to die if you’re in opioid substitution treatment than if you’re not – and they also save money by reducing costs for the NHS and reducing crime”, he told the BBC.

The Home Office notes that half of illicit drugs deaths are among users who have either never taken part in treatment or have not done so for many years. In addition, the purity of heroin and crack is increasing, its price is falling and suppliers are becoming more sophisticated at getting their product to customers in every part of the country.

Figures released last month showed that Scotland has the highest rate of drug-related deaths in Europe; and the numbers are continuing to rise at an alarming speed. The Transform Drug Policy Foundation said the rate of drug deaths in the UK was now more than double the European average, and 12 times that of Portugal, which decriminalised drug possession in 2001.

Shirley Cramer, Chief Executive of the Royal Society for Public Health, said the figures were “as predictable and avoidable as they are tragic”.

“The case for a more compassionate, harm-reduction approach has now been clear for years, and yet the government has continued to lead with tough rhetoric around law enforcement, all the while presiding over sustained cuts to local authority budgets”, she said.

A Department of Health and Social Care spokeswoman said drug misuse was at similar levels to a decade ago, but added: “We are absolutely committed to reducing it and the harms it causes.”

The government has commissioned a major independent review of drugs, examining the system of support and enforcement, she said.