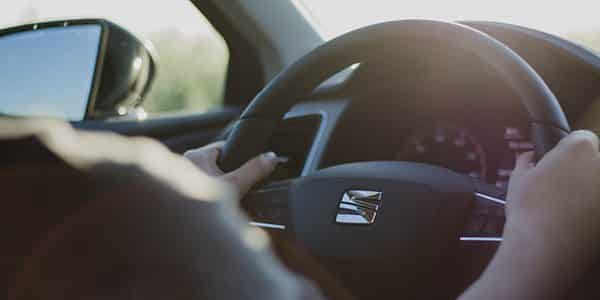 Improvements in drug detection techniques are to thank for the upsurge in drivers being banned from Britain’s roads for taking drugs. Unreleased statistics from the Driver and Vehicle Licensing Agency (DVLA) show that one-third more motorists, that’s 10,731, have been disqualified since March 2015 after being caught intoxicated through drugs at the wheel. That’s the equivalent of about 86 people being convicted every week or 12 a day.

The youngest offender was only 15 years old while 23 pensioners failed the drug tests: the oldest was a 76-year-old man. According to Police Professional journal, the rise in arrests follows the introduction of the DrugWipe® kits that use a saliva swab to detect drugs, including cannabis, opiates, cocaine, amphetamine, methamphetamines (MDMA, ecstasy), benzodiazepines and ketamine. Cocaine and cannabis, the most commonly abused drugs, can now be detected within 10 minutes. The increase in convictions is all the more impressive considering the number of dedicated road policing officers has almost halved since 2000, meaning there have been 10,000 fewer drink and drugs tests compared with last year.

The National Police Chiefs’ Council (NPCC) said there have been “huge improvements” in the way forces detect this type of offending. An NPCC spokesperson said, “Changes to drug-driving legislation in 2015, followed by the introduction of the DrugWipe® test, means that officers are now successfully catching greater numbers.” The NPCC also revealed that half of motorists are testing positive for banned substances when stopped by officers on suspicion of drug-driving.

As previously reported, drug-driver convictions are increasing. However, this is the first time that national statistics have been released showing the scale of the drug-driving problem. The DVLA data were released under freedom of information laws. They show that drivers in their late twenties are the worst offenders. The most common age for a male driver to be disqualified is 26 years, for women it is 28 years.

Campaigners are concerned that many drug-drivers are still slipping through the net as the number of roadside tests continue to fall. There are also concerns at some of the lenient sentences being handed out, even after the driver has killed someone. Of the 10,731 drivers that have been disqualified since March 2015, at least 23 had killed someone while driving under the influence of drugs. In addition, seven offenders were teenagers (aged 15 and 16 years) too young to hold a full licence.

A spokesperson from Brake, the road safety charity, said, “These are truly shocking figures which illuminate the sheer scale of the menace of drug-driving. Sentences simply have to get tougher to send out a clear message that getting behind the wheels under the influence of drugs will not be tolerated.”