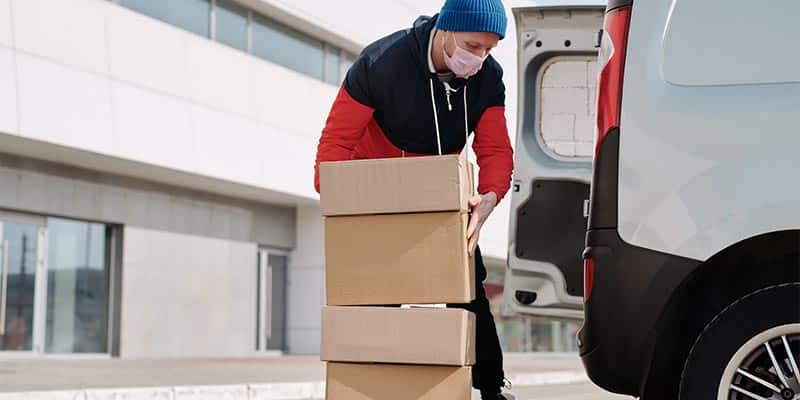 Criminal gangs have been dressing young drug couriers as nurses and Deliveroo workers to deliver Class A drugs and illegally acquired prescription drugs during lockdown, according to Superintendent Andy O’Connor of Merseyside police.

In an interview with the Guardian to publicise his force’s Eyes Open education campaign, O’Connor said during lockdown Liverpool drug lords were operating a ‘click and collect’ service for couriers disguised as key workers to travel in and out of the region with drugs.

“What we had, anecdotally, was people leaving the area to deliver drugs. People were dressed as key workers. We’ve got evidence to show there were people stop-checked purporting to be nurses or Deliveroo drivers. Crime groups are clever and ingenious. They still want to deliver their commodity, there’s still a significant amount of money to make.”

Some young people were caught by British Transport Police on trains but others were transported by car, sometimes driven by their relatives. Young and vulnerable people from Merseyside had been picked up during lockdown as far away as Aberdeen and on England’s south coast, he said. Activity increased as lockdown progressed. O’Connor’s force arrested 74 people during operations over the 3 months of lockdown. The team safeguarded two young people in relation to county lines in April, 27 in May and 38 in June.

There are 97 active county lines operating from Merseyside, police figures show. After London, Merseyside’s drug gangs are the second biggest exploiters of young people, grooming children as young as 10, according to the Merseyside Violence Reduction Partnership. The organisation has launched the Eyes Open campaign to ask the public to be aware to the signs of drug gangs grooming children.

The gangs groom the young people by making them increasingly vulnerable, often buying them gifts of clothes, food and bikes, making them feel in debt to them but also making them feel part of the gang, or ‘family’. Once groomed, they are sent away to other parts of the UK to sell their drugs, often hundreds of miles away from home. They can go missing from homes and schools for weeks at a time.

Last month, a National Youth Agency report showed that drug gangs had been on a ‘recruitment drive’ during lockdown, targeting vulnerable children and increasingly girls.

O’Connor said: “These people are grooming people the same way sex offenders are. They worm their way into people’s lives. ‘I’ll do you a favour’, that sort of thing. Vulnerable people are being threatened with significant harm, either to themselves or family members. They will threaten to sexually assault family members.”

O’Connor said the looming recession coupled with high unemployment could make it easier for criminal groups to recruit vulnerable people and their families as lockdown is eased.

“That’s why what we are doing with Eyes Open isn’t just trying to arrest the drug dealers, it’s helping the people who are being threatened, who are being forced to do this, to put these preventative measures in place. We want to give people different pathways and opportunities to help themselves.”