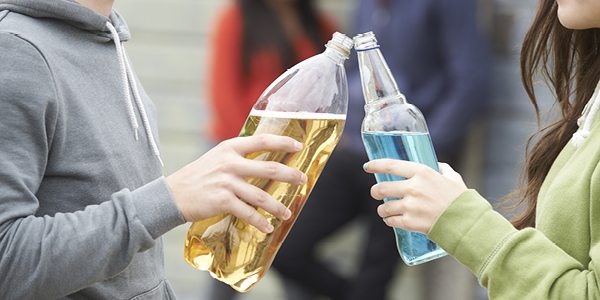 The first study of its kind to assess the association between age of adolescent drinking onset and neurocognitive performance is providing important information on how alcohol affects brain development. According to the Research Society on Alcoholism, youngsters who start drinking alcohol before 14 years of age are four times more likely to develop psychosocial, psychiatric and substance-abuse difficulties than those who begin drinking after 20 years of age.

The researchers examined data from 215 adolescents (127 boys and 88 girls). All underwent neuropsychological tests, which were repeated an average of 6.8 years later. The results showed that an earlier onset of drinking increases the risk for alcohol-related neurocognitive vulnerabilities and predicts poorer performance in the domains of psychomotor speed and visual attention. In addition, the initiation of weekly alcohol use at younger ages is a risk factor for poorer neuropsychological functioning and predicts poorer performances on tests of cognitive inhibition and working memory. The authors of the study suggest that these findings have important implications for public policies related to the legal drinking age and prevention strategies.

In England, the proportion of 11-15-year olds who have ever had an alcoholic drink has been declining since 2003. In 2014, 38% of pupils had drunk alcohol, the lowest proportion since the survey began when it was 62%.1 Similarly, drinking by US adolescents has decreased during the last decade. However, of concern are the statistics that more than 20% of US high-school students continue to drink alcohol before the age of 14 years; and in England, 6% of 15-year-olds admit to regularly drinking at least once a week.1