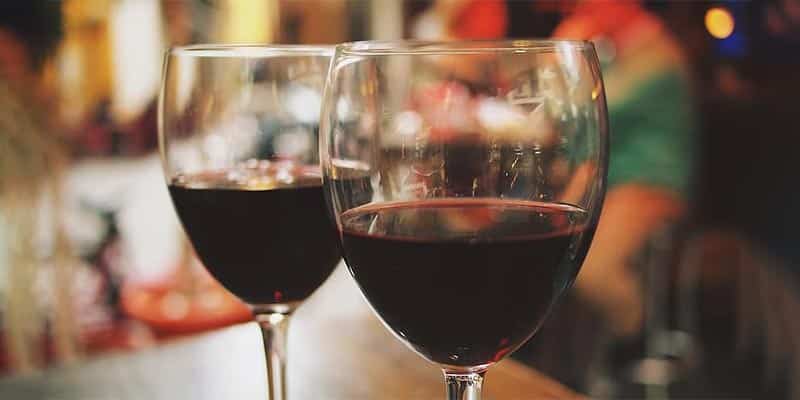 New research has revealed how just a small glass of wine or a bottle of beer a day can lead to a ‘life-threatening combination’ of obesity, diabetes and high blood pressure.

A modest daily tipple was found to increase the risk of metabolic syndrome, increasing the chances of a heart attack or stroke, researchers from the National Medical Centre in Seoul reported.

Leading author of the research, Dr Hye Jung Shin said: “Consuming more than half a standard alcoholic drink a day is associated with an increased risk of obesity and metabolic syndrome in both men and women.

“Both men and women who consumed a higher quantity of alcohol had higher odds for obesity. The same results are observed for metabolic syndrome.”

Even sticking to half a drink was not completely safe for men, the study of adults in South Korea revealed. It made them ten per cent more likely than teetotallers to develop metabolic syndrome, rising to 25 per cent if they consumed about a pint a day.

For women, the odds of developing the condition actually decreased if they stuck to only half a glass. But their risk was similar when compared to men’s, if they regularly drank more than that.

For the purposes of the research, a ‘standard drink’ was defined as 14g of alcohol — roughly equivalent to a 120ml glass of wine or a 355ml bottle of beer.

The research, involving 26 million men and women may prompt a rethink on official advice as to whether there is any safe level of drinking.

The news comes as lockdown has been blamed for a surge in the amount of alcohol adults have been drinking. It’s believed those adults who have consumed more over the lockdown period are also likely to keep drinking at those increased levels as restrictions continue to ease.

Alcohol Change UK recently surveyed more than 2,000 adults with findings suggesting that heavier lockdown drinking will not end spontaneously. Those polled included 1,647 current and former drinkers, many of whom had been drinking more frequently during lockdown.

Of those surveyed, 19% have drunk alcohol as a way to handle stress or anxiety. Parents of under 18-year-olds were more likely to say that they had done so (30%) than non-parents (17%) and parents of adult children (11%). Of those who drank more heavily during lockdown (nine plus units on each drinking day), 40% had drunk as a response to stress or anxiety.

If you require information on alcohol testing options for personal use, legal cases or for a workplace, please contact AlphaBiolabs on 0333 600 1300 or email info@alphabiolabs.com