Flakka use rises in US teenagers 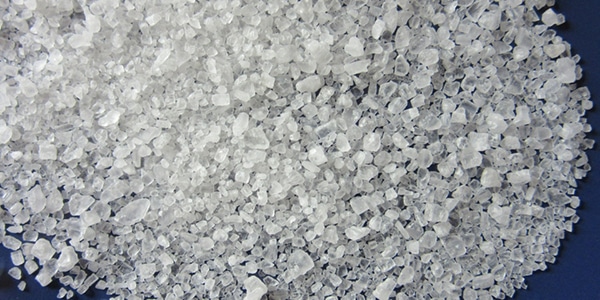 The first US study on flakka use has shown that just under 1% of US teenagers are knowingly using the synthetic drug. Also known as gravel or bath salts, Flakka is a novel psychoactive substance (NPS) that can be smoked, injected or snorted.

The study found that of the students who said they had used flakka in the previous year, 19.2% had used it more than 40 times. Those who used it knowingly were more likely to live away from their parents and to have used other drugs.

“The main finding was that less than 1% of high school seniors are estimated to have used flakka in the past year”, said Joseph Palamar, an associate professor of population health at NYU Langone and lead author of the study.

The research analysed data from Monitoring the Future, an annual survey that looks at drug use in high school students, conducted by the Institute for Social Research at the University of Michigan. Palamar hopes his research published in the journal Drug and Alcohol Dependence will draw attention to this dangerous drug.

“I think a lot of people are using without realizing it, particularly ecstasy users, Molly users”, he said.

The stimulant, which has been referred to as ‘the poor person’s cocaine’, led to 80 deaths in Florida alone between September 2014 and December 2015, according to the new study. There were 2000 emergency department visits related to its use in Broward County during that period; 15% were under the age of 25 years. One of the youngest, according to the research, was a 13-year-old.

According to the Texas Poison Centre Network, flakka – or alpha-pyrrolidinopentiophenone (alpha-PDP) – is a drug mostly manufactured in China for about $5 per dose. The drug is sold in white or pink crystal chunks, which are reportedly foul-smelling. It is sometimes called gravel because it resembles the small stones in the bottom of fish tanks.

Flakka is in the same group as the drug mephedrone and was only recently banned in the UK and USA. It is a stimulant, which increases alertness, attention and energy. People who take it can get very agitated. It increases blood pressure, pulse and sometimes body temperature. It is also known in the media for its more severe reactions.

“What really stands out about flakka is the wacky behaviour that is sometimes associated with its use”, Palamar said. “It is bizarre, and you will see that word, even in medical journals, because there is no other way to describe it.”

Although not everyone who uses the drug has these reactions, Palamar still cautioned against its use.

“It is a very dangerous drug. It’s a very potent drug. It’s as potent as methamphetamine.” AlphaBiolabs is able to test for NPS as part of its range of drug testing services. Call us on 0333 600 1300 or email: info@alphabiolabs.com.