Hangovers cost the UK up to £1.4 billion a year 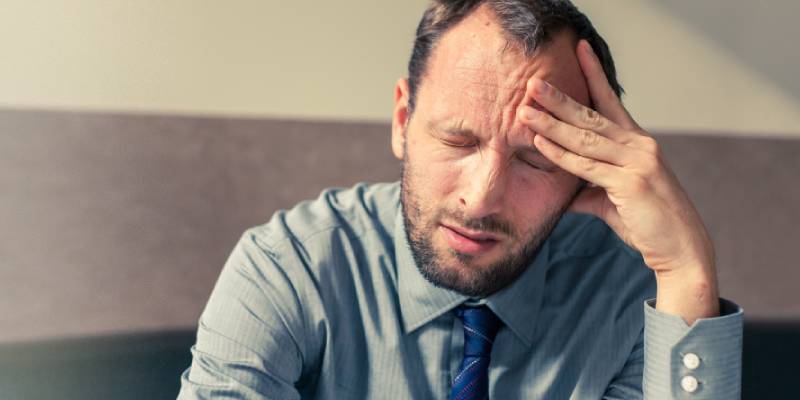 As many as 89,000 people may be turning up to work hungover or under the influence of alcohol every day, costing the economy up to £1.4 billion a year.

The research comes from the Institute of Alcohol Studies (IAS) and was based on a survey of 3400 British workers. The main findings in the report [1] were:

Survey respondents also reported being affected by others’ drinking at work: 36% suspected that one or more of their colleagues had been hungover or intoxicated in the last 6 months. The effects were reported as reduced productivity, greater stress and a negative effect on team morale.

Economic costs of alcohol use are underestimated

Survey respondents believed themselves to be approximately 39% less effective when they were drunk or hungover. Based on average labour costs, and how frequently people are impaired at work, this implies a cost to the UK economy of between £1.2–1.4 billion a year.

The IAS findings suggest that the UK Government currently underestimates the cost of alcohol to the British economy by almost 20%. Government official analysis does not include the impact of working intoxicated or hungover due to a lack of robust data on the issue. The IAS suggests that the government’s estimate of the economic costs of alcohol should rise from £7.3 billion to £8.7 billion.

Aveek Bhattacharya, policy analyst at the IAS, and author of the report said:

“Discussions of the economic impact of alcohol tend to focus on employment in the alcohol industry. Yet alcohol is also a drag on the economy, taking people out of the workforce through sickness, unemployment and premature death. Even among those drinking at less harmful levels, working through intoxication and hangovers can reduce productivity. Prior to this survey, we did not have a clear idea of how widespread and costly drunkenness and hangovers at work are. These findings should encourage the Government to revise its official estimates of the cost of alcohol to society, which are now woefully out of date.”

Mr Bhattacharya hopes that the IAS results will help shift the conversation on alcohol and the economy to include policies to reduce harmful drinking, such as raising alcohol taxes and implementing minimum unit pricing. Such measures are often resisted on the basis that they are ‘bad for business’, yet the IAS research suggests they will lead to a more productive workforce, he said.

Dr Sally Adams, Assistant Professor in Health Psychology at the University of Bath, and an expert adviser to the project, said:

“Hangover is the most commonly reported negative consequence of alcohol use with significant health and economic implications. Whilst previous research has estimated the costs associated with hangover-related absenteeism in the workplace, the cost of reduced productivity of being hungover ‘on the job’ has not been explored”, she said.

The results complement Dr Adams’ research on the cognitive effects of hangover, which suggests that processes such as attention, coordination and memory required in workplace are compromised during hangover. Together these findings indicate that the effects of hangover in the workplace have been underestimated and require greater attention from employers and policy makers, said Dr Adams.

For information on AlphaBiolabs’ workplace alcohol testing or our other workplace testing services, please call us on 0333 600 1300 or email at info@alphabiolabs.com

[1] Financial Headache: The cost of workplace hangovers and intoxication to the UK economy http://www.ias.org.uk/uploads/pdf/IAS%20reports/rp35062019.pdf