How do I find out if I am an identical twin? 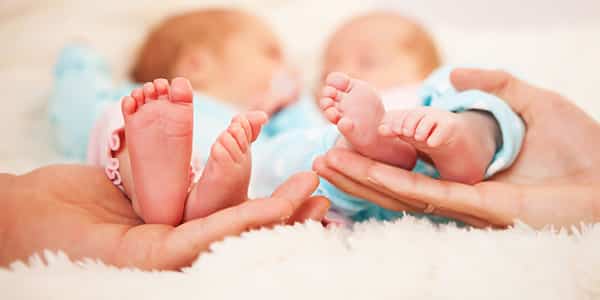 Whether or not twins are identical depends on how the babies were formed.

By around 2-years-old, the zygosity of siblings may be quite clear from their physical features. For example, hair and eye colour, ear shape, teeth formation, hand and feet appearance can indicate whether or not the children are identical. Some identical twins, however, don’t look exactly the same: there can be minor differences between siblings that lead their parents to believe they are non-identical.

If changes in physical features aren’t apparent, zygosity twin testing can help determine whether twins are identical or not.

What is zygosity twin testing?

Zygosity twin testing involves analysing tiny amounts of DNA from inside each sibling’s mouth. Specific markers present in repeat sections of DNA are examined. These 35 Short Tandem Repeat (STR) loci include the Amelogenin (gender) locus. The DNA seen at each of these STR loci is compared between the tested individuals; identical twins will share the same DNA profile whereas non-identical siblings will have different DNA profiles.

The Twin DNA test costs just £99 for next day results and includes a Zygosity Certificate.

An increasing and novel use of a DNA zygosity profile is as a unique gift idea for multiple birth parents and/or their children.