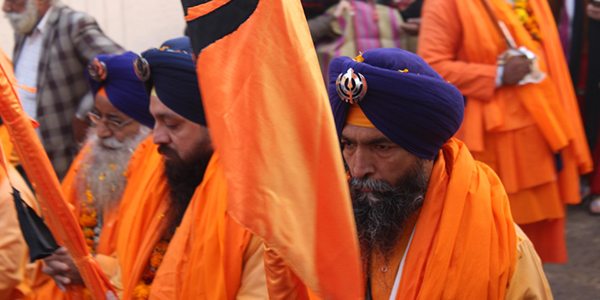 A BBC survey into ethnic minority alcohol support services suggests that 27% of British Sikhs have a family member with an addiction to alcohol. The British binge drinking attitude – combined with a culture of drinking in Punjab – is believed to have created this community-specific issue.

Over 1000 British Sikhs participated in the survey, which was commissioned to investigate attitudes to alcohol among British Punjabis. Although drinking alcohol is forbidden in Sikhism, over a quarter report having someone in their family with a problem; which is made worse because the notion of seeking help for alcohol addiction is dismissed due to a culture of shame. “It’s a problem which is rarely talked about openly in the community”, the survey authors note.

There are around 430,000 Sikhs in the UK, making up a significant proportion of the British Punjabi population. The first Punjabi immigrants were mostly men who came to the UK from India in the 1950s, 60s and 70s.

“The stress of moving to a new culture, the associated language barriers and the racism they faced meant many of these men turned to alcohol to cope. This reliance on alcohol has had generational repercussions”, the survey said. “There is a strong pride and honour for the family name. They don’t want anyone to perceive them as having something wrong with them or any form of weakness”, says Rav Sekhon, a British Punjabi psychotherapist who works with Indian-origin communities in the UK.

The BBC survey has sparked a discussion on social media, involving Sikh MPs, support services and people directly affected by the issue. Talking about the issue openly is considered a good first step towards challenging cultural norms and tackling the problem head on. To overcome any fear of shame, it is important to look at alcohol misuse as a health condition and treat it with empathy and understanding rather than condemnation and judgement of any person or their family. It is hoped that people will be encouraged to seek help from UK Punjabi services such as the Shanti Project, Sikh Helpline and First Step Foundation.

Jaz Rai, director of the First Step Foundation, which works with UK Punjabis across England, said it had doubled the size of its weekly support group and was planning a women-only meeting to address the increased demand. Birmingham-based Shanti Project has also seen an increase in requests for support.