Is buying drugs on social media too easy? 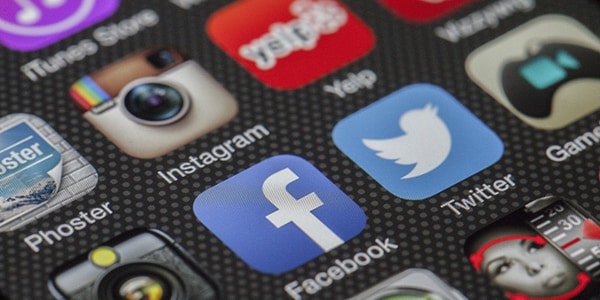 Buying drugs via social media platforms reduces the risks associated with meeting dealers on street corners, but it simplifies the whole process. Should it therefore be viewed as a form of harm reduction, or as a growing concern about youngsters’ easy access to illegal substances?

A study by the International Journal of Drug Policy (#Drugsforsale: An exploration of the use of social media and encrypted messaging apps to supply and access drugs) involved a survey of 358 people – primarily from the UK, Australia, Canada and the USA. The results showed that Snapchat was used by 76% of those surveyed for accessing illegal drugs, 22% used Instagram, 11% used WhatsApp, and 10% used Facebook or Facebook Messenger. Several respondents said they used dating apps (such as Tinder and Grindr) for accessing drugs. Secret emoji codes on these apps are even being understood and used by school pupils (see Drug testing in schools).

Marijuana, LSD and ecstasy (MDMA) were the main drugs bought via the apps. Alongside the increased ease of buying the drugs, and the avoidance of potentially risky encounters with dealers on the street, the apps can give buyers a better understanding of what they’re getting in advance. Some apps allow people to see photos and videos of the products they are purchasing. Many dealers exist solely on social media apps. Some even have ratings on their level of service, products available, and have reviews posted, as with EBay and other mainstream online vendors.

One UK respondent said: “The first time I bought Xanax it was through Snapchat because I could watch the dealer opening sealed packets on his story before he sold them and I therefore felt safe consuming them… I would never buy anything I hadn’t tried before from some guy on a street corner or anything at all really unless I was desperate.”

However, serious risks remain when buying illegal drugs from any source. Positive reviews on apps, or the ability to watch sellers unpackage or prepare drugs in real-time, may lull buyers into a false sense of security. All illegal substances may contain unexpected adulterants and are therefore inherently risky to consume. Educating young people about the possible risks of purchasing unknown substances from strangers on social media platforms is clearly both critical and urgent, conclude the study authors. For information on any of AlphaBiolabs drug testing services, call us on 0333 600 1300 or email info@alphabiolabs.com